More new teachers and yet another opportunity to visit parts of the city. The city tour is always something I enjoy and look forward too as not only do the teachers see and maybe learn more about the city, I get to choose where to go and normally this involves going somewhere different as well as the usual places and so this trip was not really any different.
We set off from the house loaded with tempe and headed this time into Tebet and then into Manggarai and into Menteng. Passing toilet stores and wheel chair stores which were interesting to see as I have never seen so many crutches, wheelchairs and toilets for sale anywhere else! 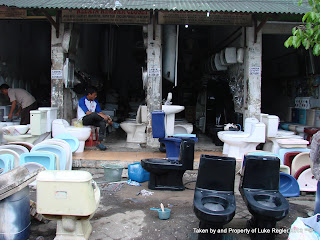 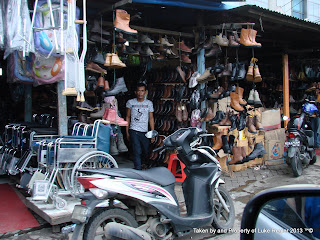 In Menteng we passed a nice small park called Surapati Taman which while we were passing had a small band playing and many people taking it easy. I had not seen that before, so again something new.

The goal was to go to the fish market at Muara Angke with a quick stop at the Sunda Kelapa harbour to see the old boats. It being a car free Sunday we managed to get stuck in the traffic after the event and so it longer than expected. And I wanted to get into the harbour another way, so we detoured via Mannga Dua / Ancol and passed the famous Alexis Hotel ( no we never stopped, I am not that brave ) and then into the port through the smaller entrance. We paid 3000 for the car and after a few boats being loaded with cement all of us got out and started walking. 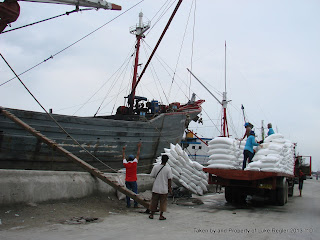 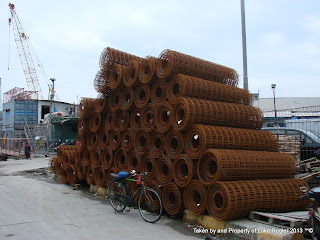 Bobbing about in the water was an old man in a rowing boat who said that he would row about the harbour for 100,000 rupiah but accepted 30,000. We gave him 50,000 at the end as we never had the right money and it was worth it to be honest.
So 3 of us get into this very small boat and duck as we pass under the bows of the ships and then head towards the harbour wall beyond which lies Singapore. What ever the old man was doing was certainly not rowing as we just stayed in the middle of this tiny bit of sea until we all started rowing.  We rowed up and down, waving at the fishermen and the men in the ships who looked rather bemused by us before we decided enough fun had been had and got back to dry land. Sadly the boat never had an engine because I would have loved to have further inland and to see whatever there is to be seen, maybe next time. 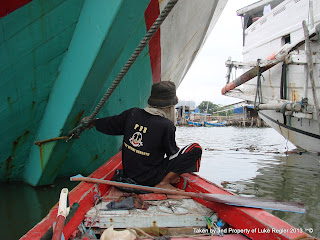 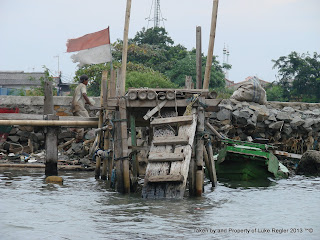 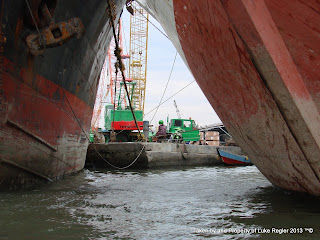 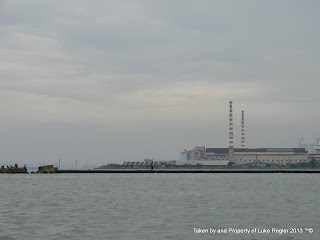 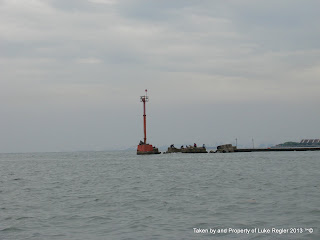 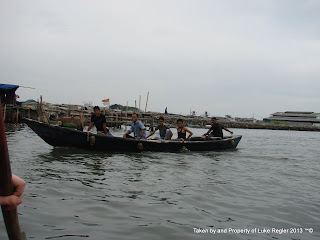 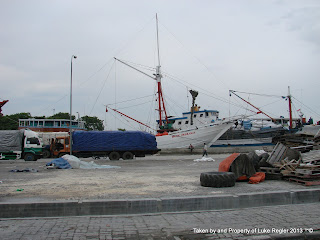 Our driver had managed to drive off so we continued to walk through the port and after many photos with the workers there, finally found the car and then went to Batavia Marina for a well earned beer and some top food. 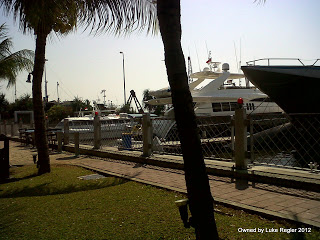 Never reaching the fish market,  I have vowed to go there next time I organise a city tour with my teachers and will make sure that is the first place we go and not the last.

What people do for a professional life!

Rowing? In the heat of Jakarta's over 30 degrees Celcius? Do teachers need serious physical exercise? Is teaching essentially a sporting life?

Hi Colson, yep rowing. They were very excited and the old man rowing was trying I think to row against the tide... It made the beer after far more refreshing.

sighed, I live in Jakarta all my life and never been in Sunda Kelapa Harbour

Looks like you had some fun taking those photos under the heat of the sun. :)

Ria, Just take a trip down to the harbour on a Sunday morning in the sunshine. A lovely trip out.

Hi JP, yep it was a good day out and about

Hi Desah, Thank you for your comments