About a month ago I was diagnosed with Typhoid/Typhus/Tipes and a host of other same sounding names which pretty much all mean the same term. Happily since then I have been given the all clear of Typhus which is good but still I am not 100% right after all this time.

We did eventually go back to the hospital and I had another blood test and was declared free of Typhus and because I was still displaying symptons on the said illness the doctor rather worryingly prescribed me some Immodium just in case and some vitamins. I took the vitamins. There were useful. The Immodium is still in its shiny packaging and probably will never be taken.


Then last week I went back to the doctor as things are still not correct and luckily for me the doctor not only did not want to give me another blood test but he spoke nigh on perfect English and so I could tell him whats going on rather through my wife. And happily again he prescribed some more antibiotics to help clear everything up but with the information that I need to eat no vegetables or fruit or juice or coffee or fried stuff but to eat rice and meat and oats. What an exciting palette that leaves me to savour.
Since the advice I have had to have some coffee, because I need to start work early in the week and meat comes in burger buns and fries are never optional. Orange juice I could stop drinking though. Its not real orange juice but some manufactured crap full of water and sugar but its nice with digestive biscuits.

I turned the bed rest down what with one thing and another happening in and around my life and so I have been instructed to stop going to work so early, rest on the weekends and slow down a lot. I am sleeping as much as I can but if we take this week so far from Monday then its hard to see how I will be able to sleep much more.

Sunday night slept at 11pm and woke at 5 for work. Home by 8pm and bed by 10.30. This morning Jeremy is emptying his toys over my head at 5am and wont let me sleep any more  for the day. I will get home at 9.30 tonight (I started work at 11.30 today) and will be up again at 5am for more early classes. Who said anything about living the dream? 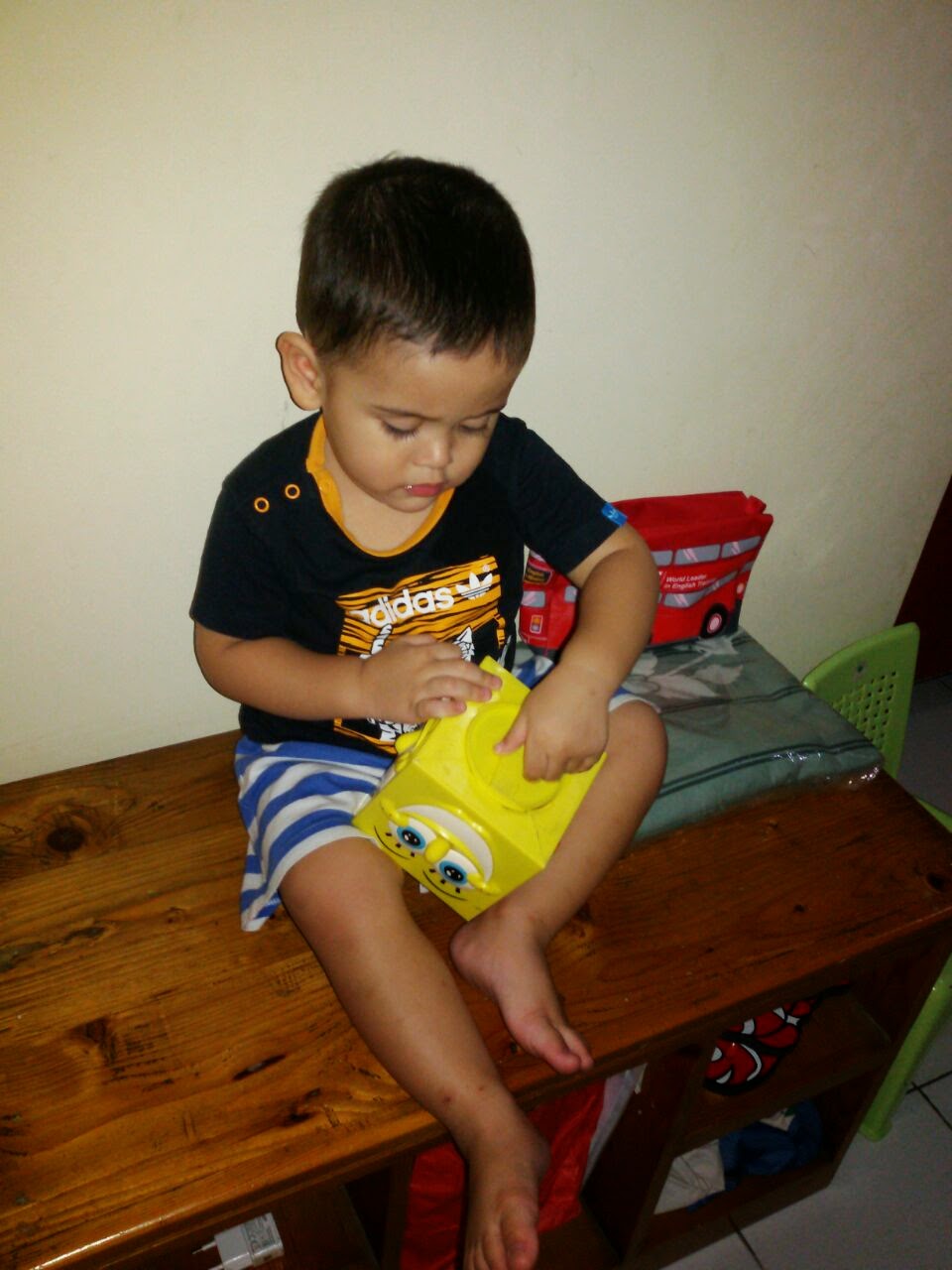 Due to this prolonged illness and fatigue I constantly have I missed a chance to take a weekend off and ride out with some colleagues to the west cost of Java some 300km round trip. That bit is disappointing but I do know it would not have helped me much with things and the last thing I want is more discomfort.  But I am sure there will be another time.

Finally time to moan about the traffic and the headache it is now causing me and will continue to do for at least the rest of the year. There is new elevated road being constructed on my way to work which will end on the main non tollway road from east Jakarta. This road is far too busy without any need for roadworks, so the fact the road has been reduced from 4 to 2 lanes in places (which includes a dedicated bus lane) and the police stand about and watch and are not seeming to do anything to divert traffic it is adding an extra 15 minutes to my journey. Now, I could ignore that and take the other main route to work but as there is an MRT being built and part of the same elevated road the traffic there is even worse. Add to it the fact that people are also looking to find less chaos on their way to work means the roads all around the area I live in are constant gridlock from 5am to 10pm.


Friday night there was a huge rain storm over the city which lasted a good few hours and this meant that my journey home time on a bike was 1.5 hours as every road I could take home was closed due to floods or traffic so I ended going way out of the way to get home, only to discover the street outside my house was full of broken down bikes which had failed to get through the 60cm floods all around my house. As much as I loathe to say it, roll on the dry season!!!
Posted by Unknown No comments: comments

In 2 months time Jeremy will be 2. That has come round so quickly and everything has been now, thinking back, a blur.
In those 22 months he has grown and changed everyday and continues to delight and amaze me with his ability to learn, his activity and energy and his interest in everything.

He has probably all his teeth. He likes to show me when he has finished eating by opening his mouth to tell me its empty. He tells me when he wants more, when there is something on the floor or an ant or something. He gets tissues and phones when asked and asks for water or milk. 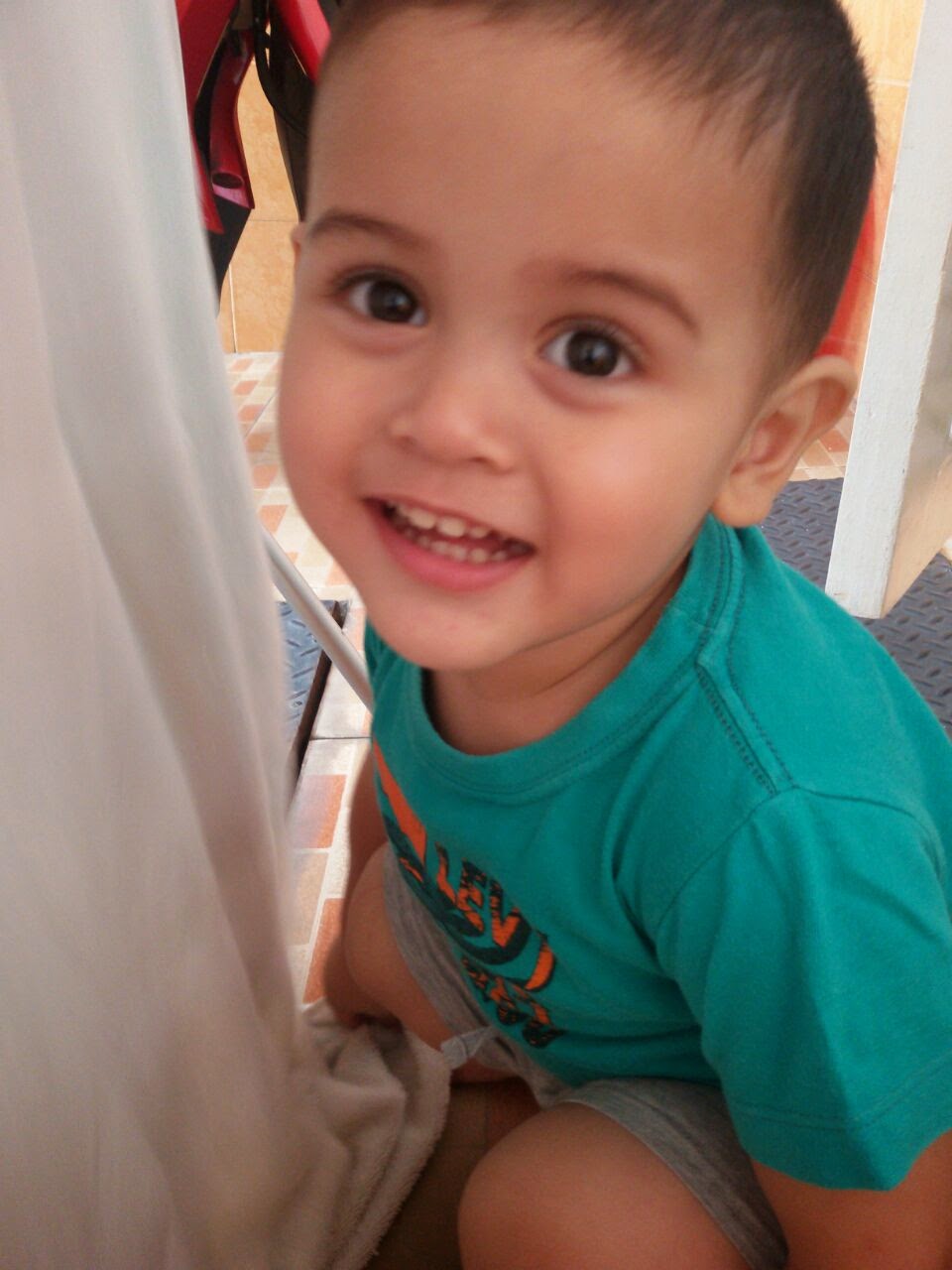 He can sit still and watch TV for up to 10 minutes at a time before moving or running about and asks for Charlie and Lola on Cbeebies. He knows and can say some of the words to 'Steal My girl' by One direction (although that has nothing to do with me). He knows animals and which ones are scary, he growls, which ones are birds or cats, fish, dogs, bugs etc. Owls, Cats, Dogs, Bugs, Birds, Deer, Cow, Pigs, he can call by name or by sound.
Apples and bananas he can ask for.

He likes to scribble over everything. He can play with toy cars and make the noises. He fetches, he carries and he behaves most of the time.  For me all this is awesome and great to watch. He also loves buses, big and small. Toy or real and those really sad bus videos on You Tube when he will watch them and shout 'bus' at every moment a bus goes by. Buses are a big deal

He is past his allergy of lactose, he will eat almost anything. He will drink and eat almost everything he is given and will say no if he does not like it or want it. 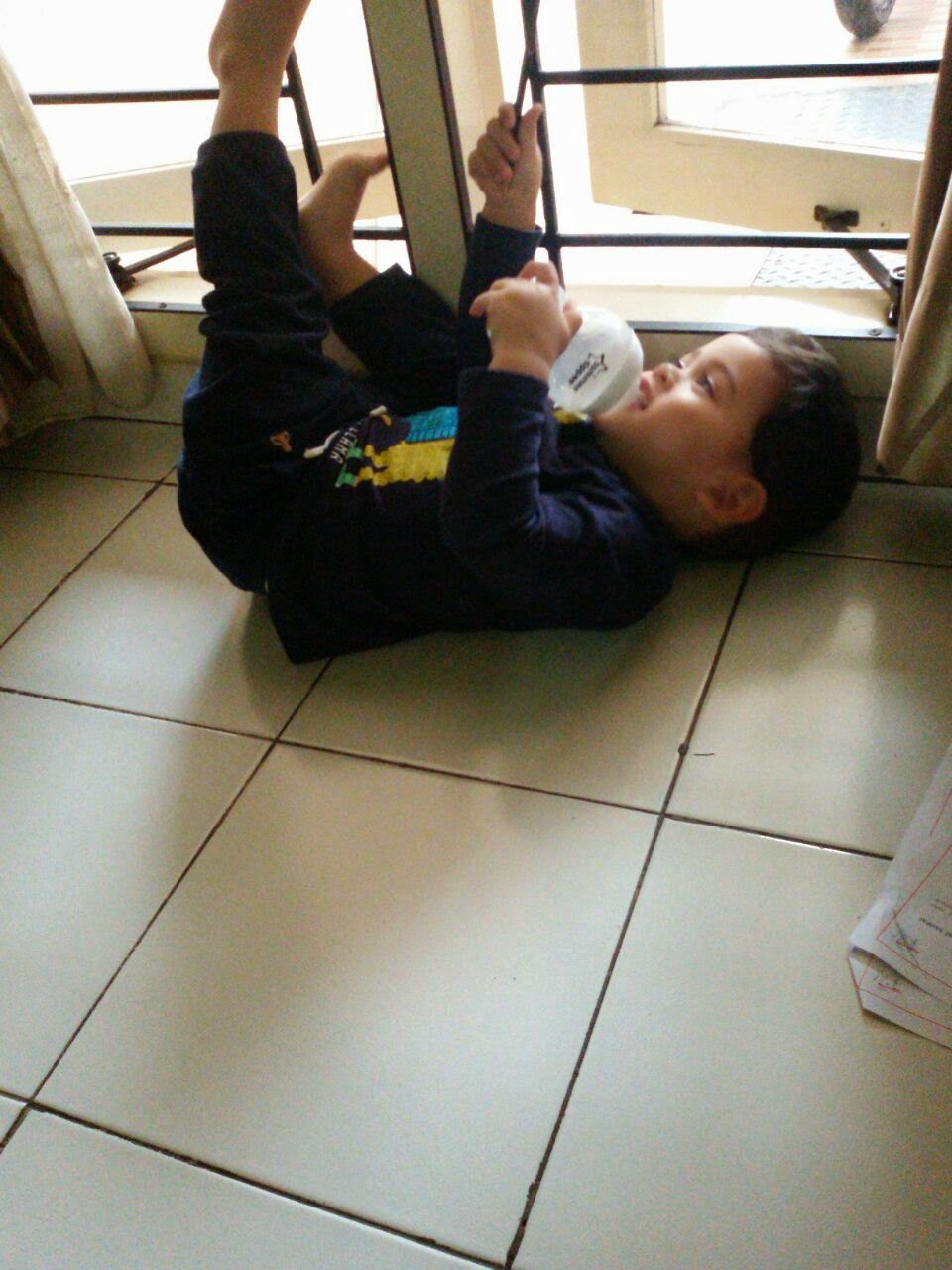 Jeremy is now 14.4kg a little more than he was in October and is around 90cm a fair few centimeters taller than October and is fit and healthy. We had to take him to the Dr on Saturday because he had a week long cough and it was down to the common cold or flu virus and so medicine soon sorted that out. Carrying him around in the hospital he would point at the mothers with babies and say 'baybi' to them. Standing next to other little children he would touch their face but no in a bad way but it would be a little worrying for me. I have not seen him interact with other children and I really do not know how he behaves around them. He still has a long way to go before sharing with others really comes into his mind and he can rationalise things like that but I will teach best I can. 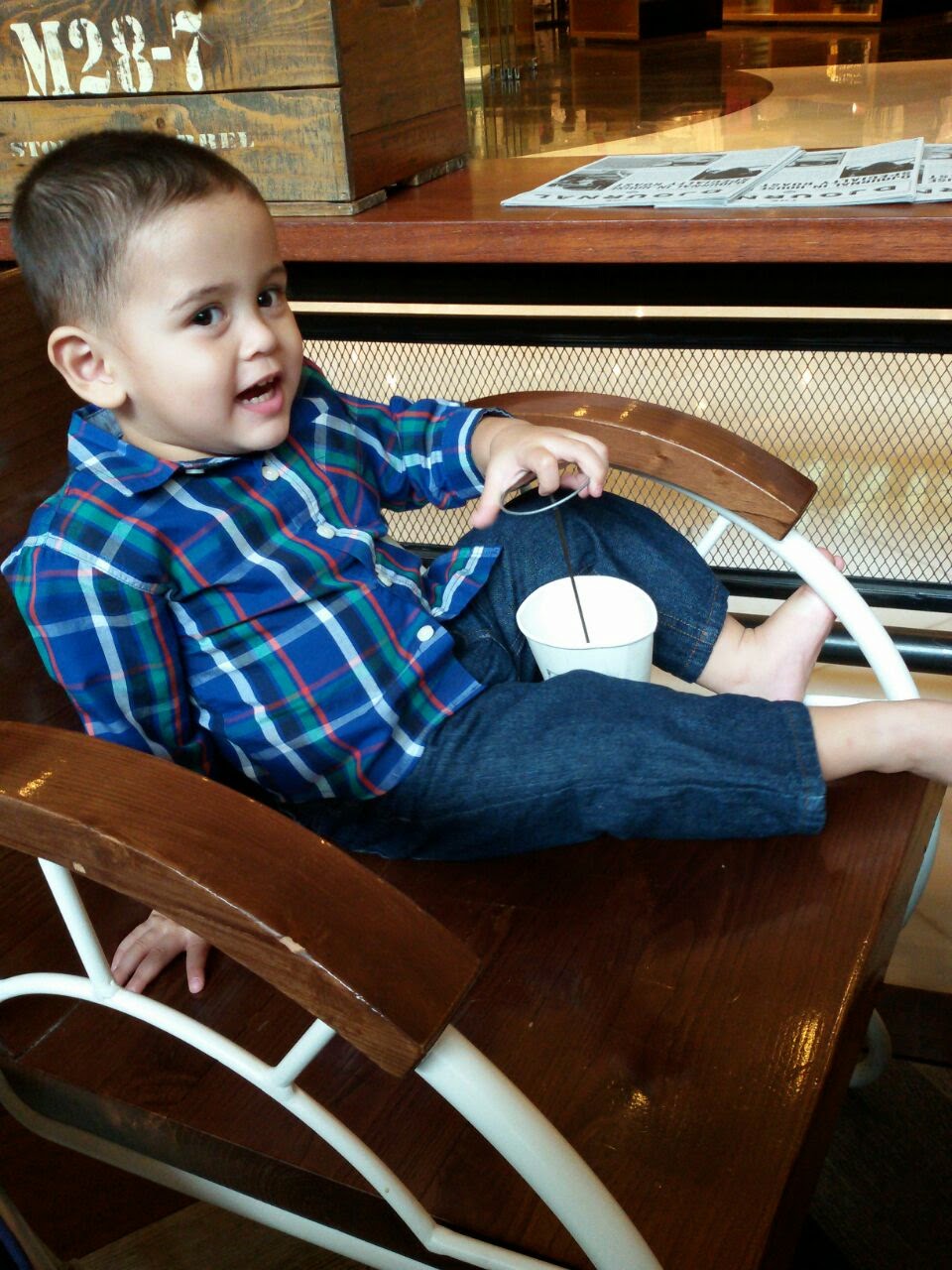 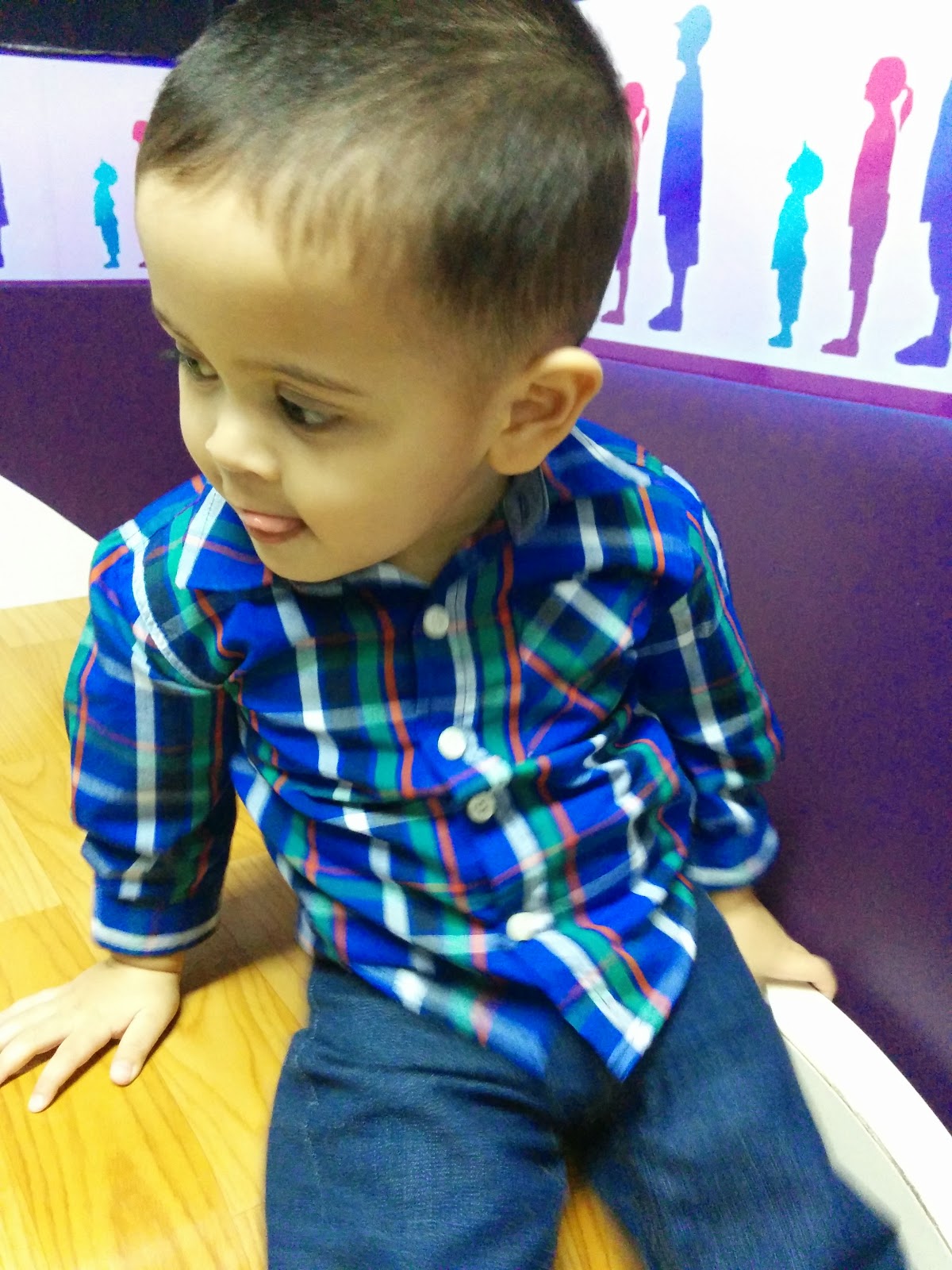 We now have TV downstairs and now he looks at the TV when it is on and expects it to be put on then and happily will get bored of it and go and do something and then go back to it if there something he likes. Baby TV and Cbeebies, Oggy and the Cockroaches and slowly but surely Gumball are his favourites and so I now know about Numtums, Charlie and Lola, Dinopaws, Sarah and Duck, etc The things you learn.

Our next adventure will be a train trip with him, a tricycle and having encouraging to speak more and make more sense.

His birthday will also be fantastic, and thats not long either.
Posted by Unknown No comments: comments