In my house however, there are a few exceptions to the rule. Firstly, the tank fills up with green algae as does the hose pipe. The water is not treated that well before it gets to my house will probably explain that one away. The pipes do not leak but the all the fake chrome taps, shower heads etc have long since gone and cheap blue taps are now the order of the day.

I have had in the past the ballcock to the main tank under the house rust up so that no water would come out and therefore we did run out of water and the hole where the pump is once filled with water resulting in a new pump being sorted, so running out of water on the weekend due to the pump not working created a feeling of despair and anger due to the fact the landlady would be more than reluctant to fix.

The taps ran dry. The pump stopped working. Phone calls were made and neighbours consulted. With no news from the absent landlady we resorted to contacting a plumber who happens to be a neighbour of my mother in law. While we waited we tried to get the pump running and checked for things that might have caused it, but then for no apparent reason we had running water, the toilets were full and once the brown mud had cleared through the pipes we had cold clear water. Then it ran out again.

My wife went next door and spoke to the neighbour who has been having huge problems with their water supply and noticed that their water pump was running (the tank cover was open) and so came back and asked whether it was possible the water tank on the roof is being supplied by the neighbours pump and water tank. And so it was.

Then the local plumber arrives, takes a look and declares the pump dead and goes next door, plugs the pump for the neighbours water in and ours springs back to life. This means we do not pay the electricity for the pump, probably. The tank filled and life was better.


The tank on the roof of our house has a pipe which connects to the neighbours tank. There is a gadget of some sort connected that regulates the tanks and so if one pump fails the other will fill the tank or tanks up. The pump for our house also does this as long as there is an electrical current from the neighbours.  We were left OK with this.

Then to help reduce the amount of water, the neighbour may use from use, we unplugged the pump to stop it working through the day and therefore no water will be redirected from our house to theirs. Perfect sense in the making.

Anyway, getting home last night, I discover the wife looking bemused by the fact that the water pump was off, the water holding tank was full but the water meter was showing water being drawn from the mains and going somewhere but not to our house. After some thinking, we finally agreed that there has to be a join in the pipe where the water is sent to both our tank and the neighbours and therefore will fill their tank up as well as ours. And after finding out that the neighbours like to drain their water tank out to clean it monthly, we have resorted to turning off the supply tap to the house and another tap as well so that during the day there is no water being sent to it.

So this means that we share water, electric from the neighbour as they do with us and that both water tanks can be filled from either house, both in the ground and the tank on the roof. The cost of the water therefore is higher for the neighbours house because they are the main user of water for both houses and that to save us money we have to switch everything off during the times we are not there. 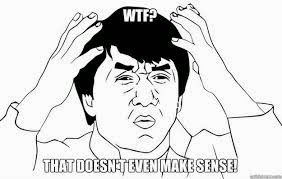 I should mention, this not probably true for all houses because all houses are built differently and to different standards but who knows?


Getting to work this morning, I was met with a scene of relative chaos. Firetrucks, security and car parking attendants running about, people taking photos and the power cut off.

There had been it seems, a minor fire in the same block as the school above the cake shop.

So as I watched it all happen a further 2 very big fire trucks rolled up and several quick response units followed by the police and other officials from somewhere. The building however showed no sign of smoke or fire and the fire fighters that went into the building did not really take hoses or anything but did have ventilators on.

A quick video of the trucks as there was no fire.


It was interesting to watch, then it got too hot so I went back to work and sat in the dark for an hour until the power was restored.

This is a small vine video of the river outside the school. How nice it is....

Oh and yes the videos aren't great. One is from Vine and the other I played about with, but you get the general idea.

I am back now at St.Ursula and I am teaching conversational English there and again, I am in the Elementary school. It is an amazing school and the level of the kids English is often astounding, and after so many years it has been a really interesting way to see how children can develop even if I only see them once a week.
Children being children means that every time I am there, there is always something different and exciting to manage and watching the students switch on or switch off to my class depending on the age and activity always catches me out and I am sure that slowly but surely I am learning not to switch them off.

However, moving away from the morning classes back to the evening ones and my 'day job' is proving harder what with Jeremy and early morning wake up calls. The good things is that now 5am on a Monday does not seem too sinister or difficult to do and I am more than prepared for it. The same now for Wednesday but, Tuesday Thursday and Friday are more of a pain as those days I am also awake by 5.30 and up with Jeremy. Chasing him around the house is not really my strong point at that time of day. Interestingly enough the most interesting thing about this is, is that on Monday and Wednesday when I do have to wake early, Jeremy often does not, but on Tuesday, Thursday and Friday he does which leads me to think that he knows I am still asleep so it is his duty to wake me up, which he does and then keeps me awake.

We now have a house keeper and she has been here now for 3 weeks and I am still not tempting fate by saying anything about how long we will keep her but it does mean that in the morning I am now often with out Jeremy to look after and so I am left alone which after 6 months feels a bit weird thats for sure.
Moving away from sleep and work, there does seem to be a noticable change in the price of things and things are going up slowy.

Recently the electricity cost has risen and so for 100k rupiah you now get 85 whatevers instead of 93. Bottles of Aqua are now 15,000 per 19 litres and it has just been announced that the price of gas will also increase but over the coming months. The cost of water to the house remains a mystery. Last month we were hit with a massive 550k bill which was very unhelpful but this month it is only 260k. To me there is no ryhme or reason to the swings and none can be explained. Then there is fuel.

I use V power from Shell at 12650 a litre it is expensive but it does, so I am told, help look after the engine and give better performance. How this works in reality is another mystery because crawling along at 15kph just wastes fuel not make it go further. However, the price of Shell V power has remained the same price for a while now, which has helped but again for some unknown reason, the stations on the way home have been 'habis' or out of fuel for days with no sign out front telling anyone this, so you end up riding in and trying somewhere else. I ended up getting Pertamax for a little less in price for a litre and that seemed OK. The queue for subsidised fuel was as long as normal and convincing the pump attendants you want Pertamax and not the cheap fuel is always a battle but I got some. There is now talk of the subsidised fuel coming to an end which will be a good thing and a bad thing. It will not help the poorer people use their modes of transport and it will cause the price food and things to increase again whilst it will be good for the selfish greedy car owners here to actually pay out more for fuel and stop leeching off the government for a while. Still if that actually happens we will see,


Back to the world of teaching. I now have classes up to 9pm at night on the same days I have my school in the morning and this does not help my tiredness. But what it does help is the time it takes to get back home at night, which is currently around an hour and to get to work around 35 minutes. And when I leave work at 9pm I can be back home with a fair wind and godspeed in around 45 minuntes. With the building of the MRT as well on my journey home there are places I go which are hard to get through so finishing later means I can skip these and get home quicker. Riding back home is not for the faint hearted. If it rains then floods. If I leave too early too much traffic. If I leave around 7 lots of traffic. If there is a y in the day. Traffic. So it is always unpleasant especially the last part of the trip where the traffic is at its worse and that is around Mampang area where I work. 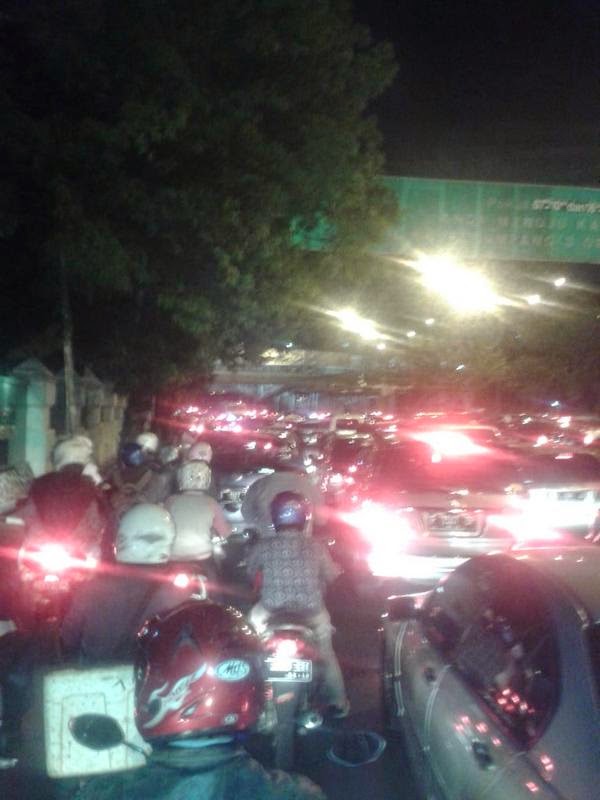 The photo above, however badly taken reflects part of my journey every night as it was taken the evening I wrote this and it is not far from my home. Ah the joys of commuting through the city.

Still I cant grumble too much as I have been doing it long enough and I know what to expect every time I get to Permata Hijau and onward. It is never pleasant though.

Still enough of this, it is that time again to get on the bike ride home so go I must.