The kids are sick, the wife is sick. Everyone is coughing. Everyone is wearing masks covering up their mouths. I am not sick. I am tired. Jeremy has nappy rash, a runny nose, diarrhoea and is teething. Jeremy has lost 600g in weight in a couple of weeks. He is eating and drinking normally. Running around, screaming, laughing, dribbling throwing stuff about as normal so you would not really know there was anything wrong. 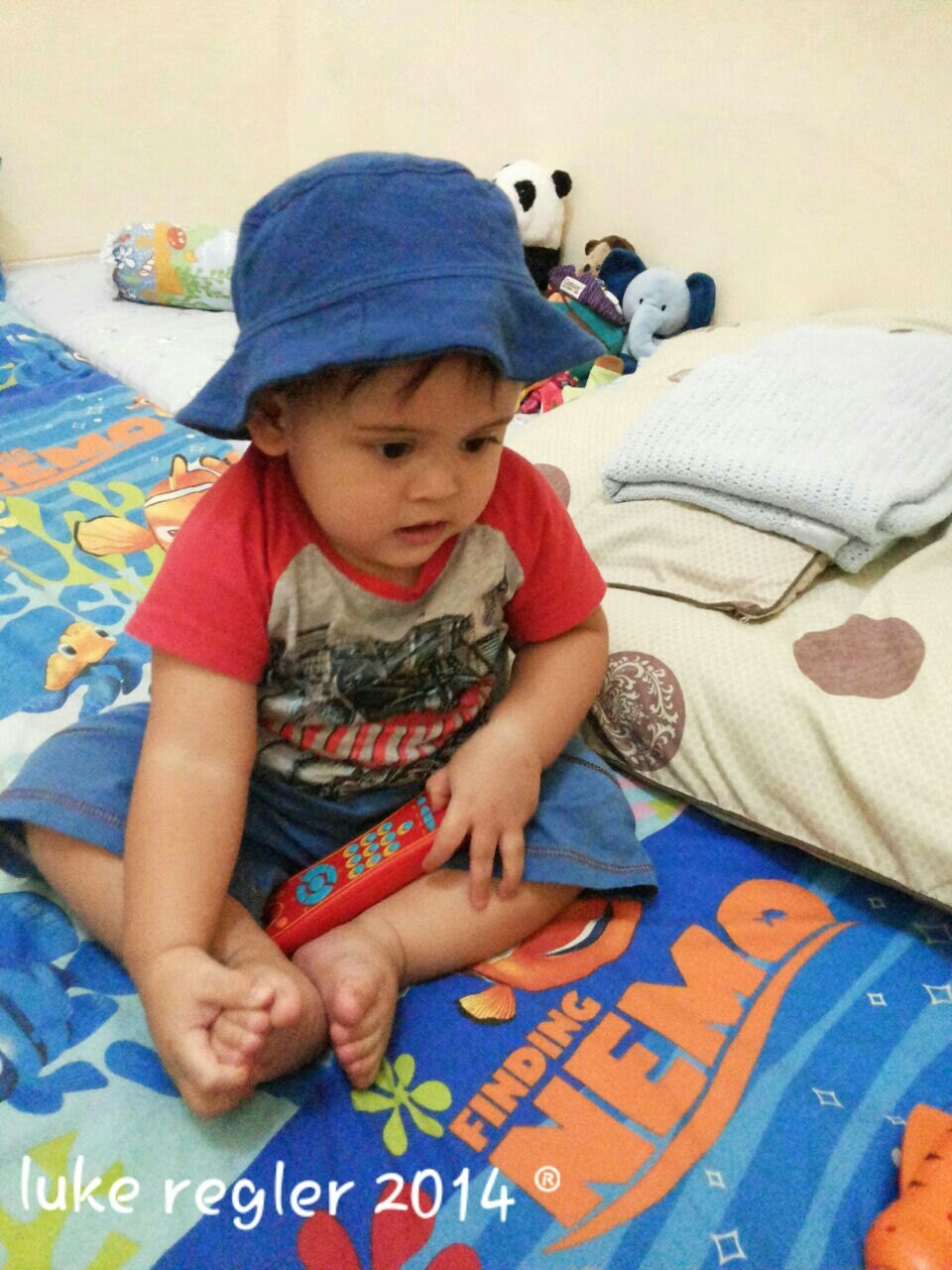 The past couple of weeks has seen Jeremy awake by 6am and then me as normal playing with him and feeding ( I am getting better at this now, as he actually eats with me), washing and reading to him until 9.30am when I take him to his grans for the day. Then off to work for me and after work, cooking maybe the washing and then sleep. Yovita is the same. She leaves at 6.30am and is home by 6 and then looks after Jeremy until he is sleeping then irons into the night.

Full on parenting with no rest.

However, the rewards are huge. Jeremy likes to have stories read to him and now that he can run, walk and also grab things from tops of cupboards etc is doing all of that. With his stomach bugs and rashes we have removed the nappies so that means he makes even more mess!!! 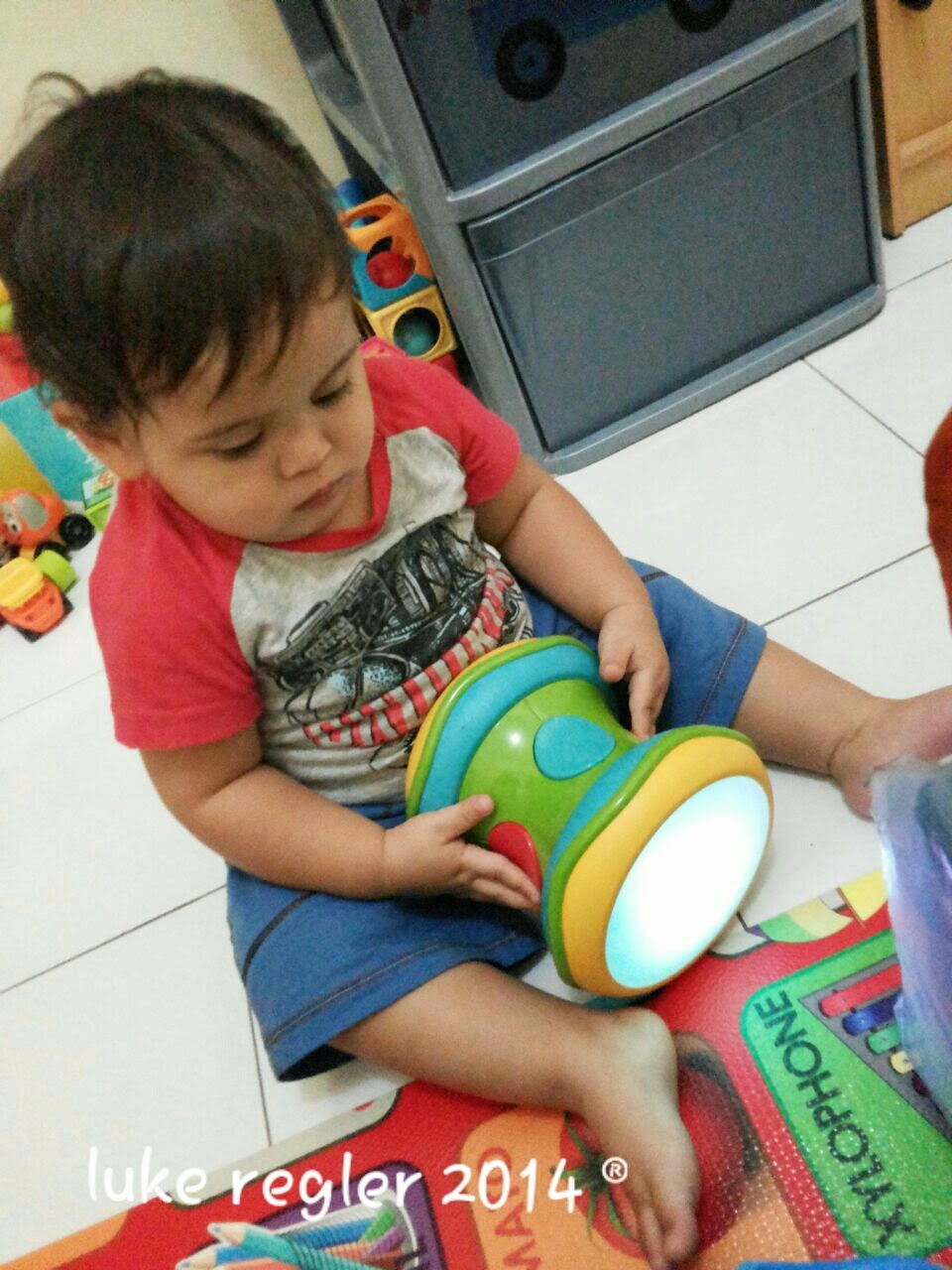 We took him to the local doctor to have him looked at. He was good as gold before going in and then screamed the place down until the examination was finished. Then with a little bit of milk was full of happy again. Then after his bath, I dropped the baby baby and it split leaving a big hole in it. I don't need to be buying a new baby bath at the moment and so I am putting him in a bucket which is huge and he is being bathed in that. It might sound a little backward but he is loving it, He in no danger and he is getting very clean!

I am now a master of washing poo out of clothing, wiping wee off of floors and walls and also myself and I am learning when he does things that they mean 'its poo time' so thats all good. 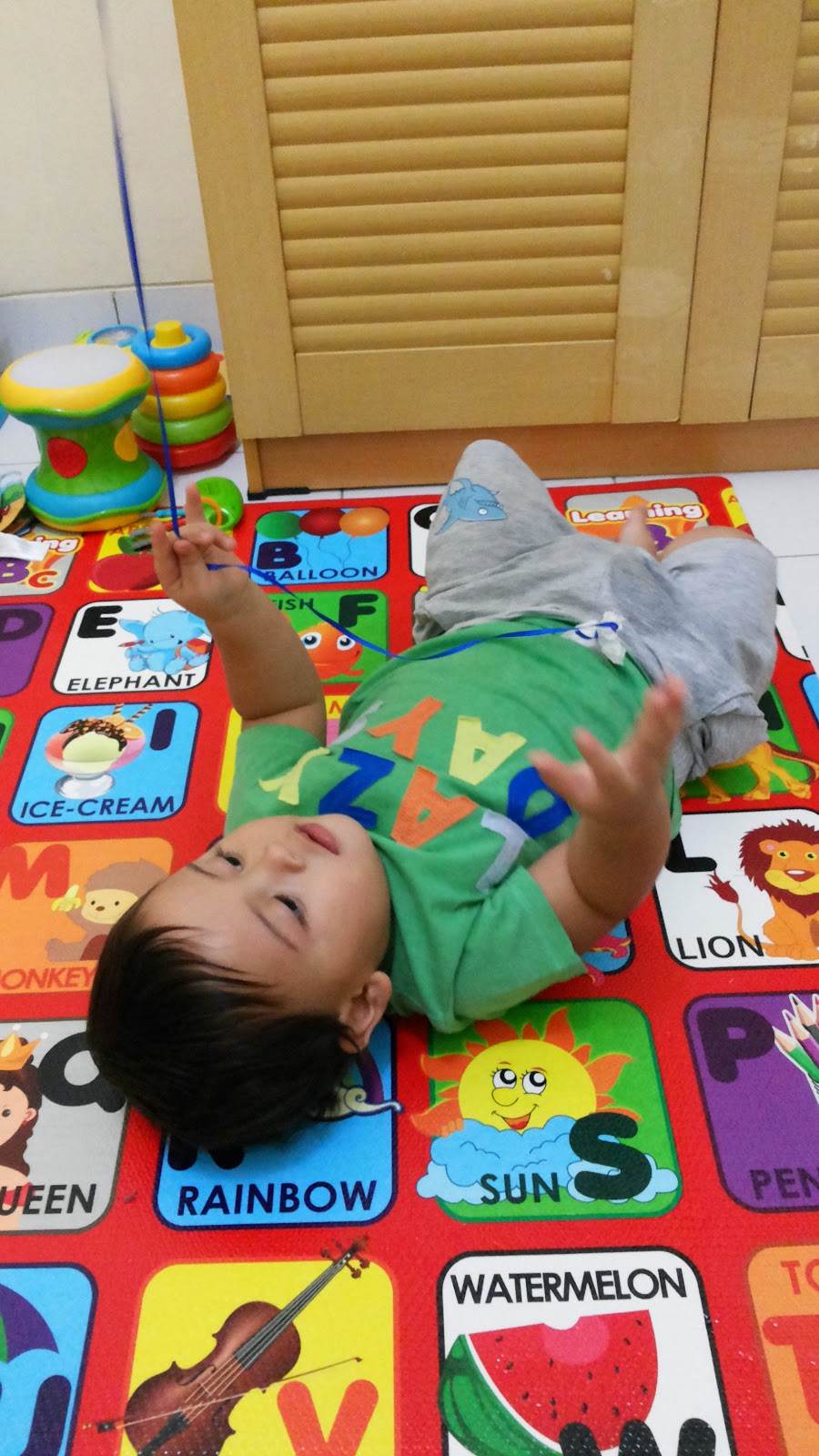 To make life a little harder, yesterday while trying to get water out of the kitchen tap, it somehow became loose from the pipe, causing water to shoot up the opposite wall, over me, the floor everything. Jeremy was watching and found it funny. The water was a delightful browny red clear type of water. So what with liquid poo from Jeremy, dirty clothes and keeping him busy, I had to clean the entire kitchen area which took over 2 hours. Happily for me, Yovita encouraged a neighbour to come round and fix the tap and so it was replaced and I have running water in the kitchen again.

None of the above is me complaining just retelling what is happening. When Jeremy is older he will read this and know that he was well looked after and kept mum and dad busy. Happily, next week is a weeks holiday where we can spend out r time with the kids both at home and in a hotel enjoying time with them which is hard to come by.

I unlike many others will not be leaving the city at the end of Ramadan because its easier, quieter and nicer to stay home when 4 million people from Jakarta leave it.


Oh and the my boss gave us all a cupcake the other day. Which was nice. 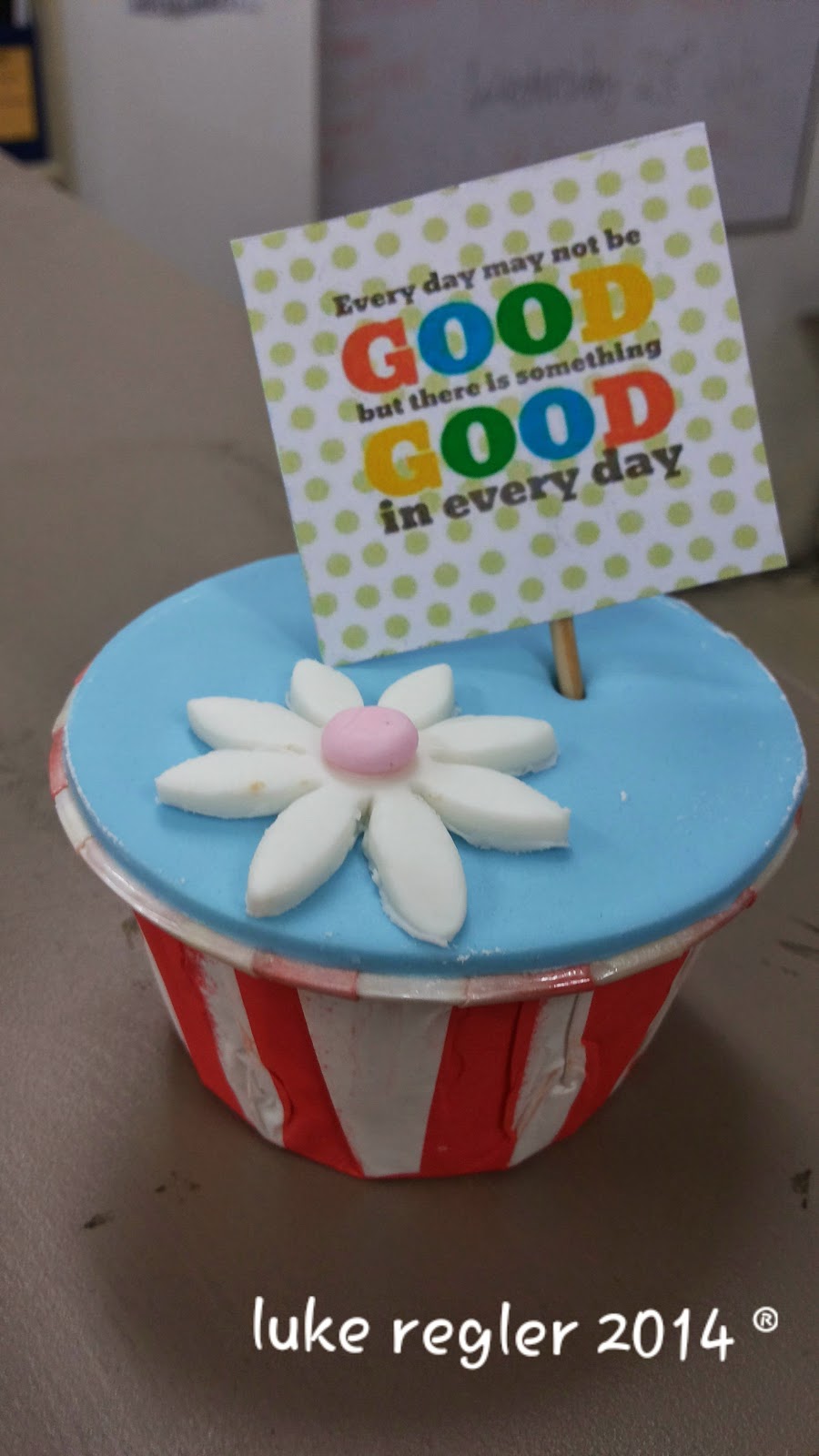 I have just had the weekend off and spent 2 whole days away from woork, which does not happen too often and it was fun in many ways. I was kept surprisingly busy with shopping, Jeremy, sorting the house and my annual visit to the Licencing center at Dann Mogot to renew my SIM C or licence which allows me 'freely' and 'legally' to ride a motorbike here. 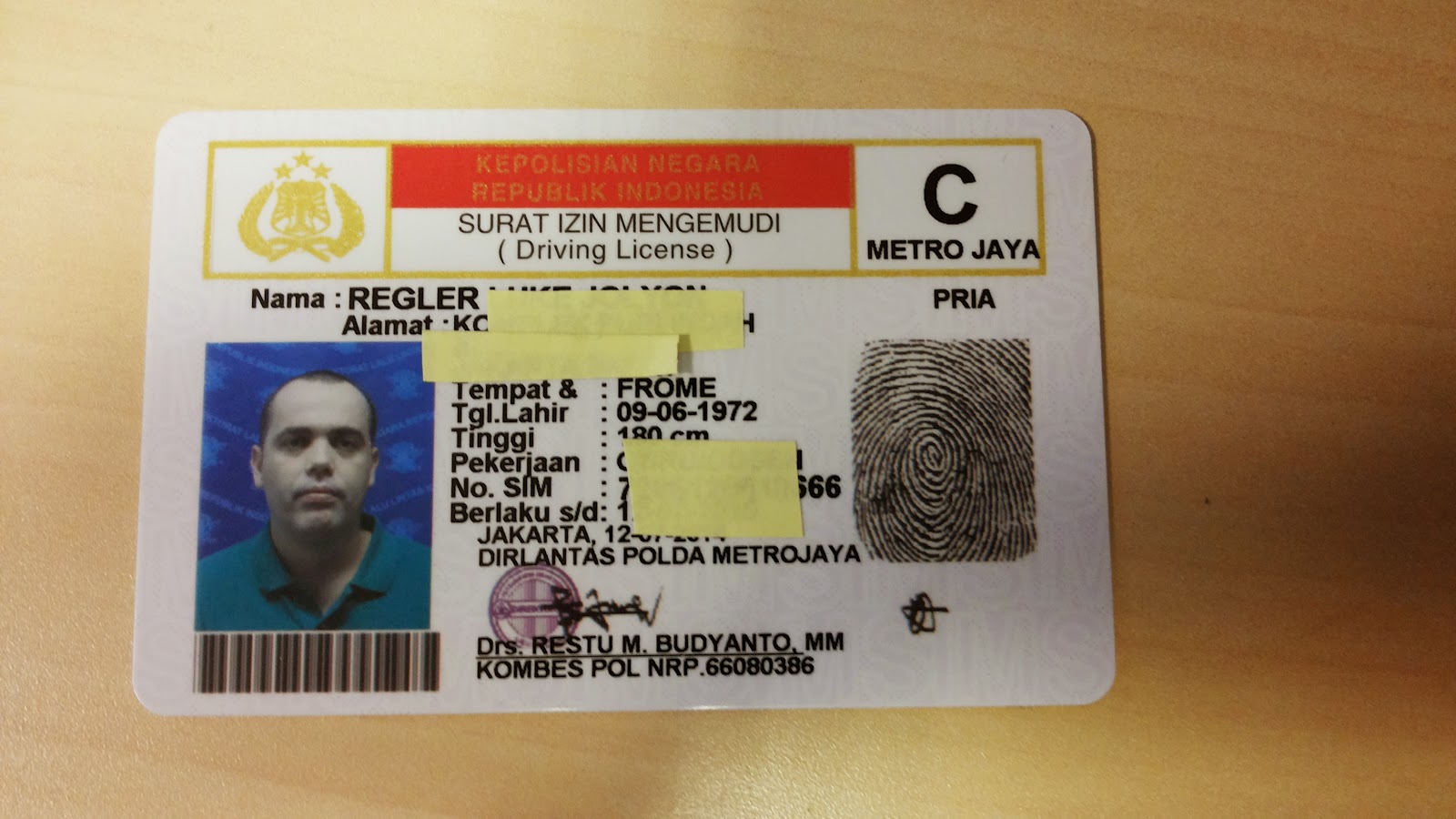 As ususal I used an agent. We were there at 8.20am on Saturday morning, taken very kindly by my brother in law. Jeremy seemed in awe of the place and was quiet but still enjoyed walking about. By 9am we had finished. It took less than 10 minutes and I am now the proud owner of a new SIM and that will not need to be renewed until July next year.

From there we all headed to Starbucks for breakfast and then went home. Yovita went off shopping and so I spent most of the morning playing with Jeremy. In fact I spent the rest of the day playing or reading and then by the time it was bed time for Jeremy he passed out and so it was TV and beer time. 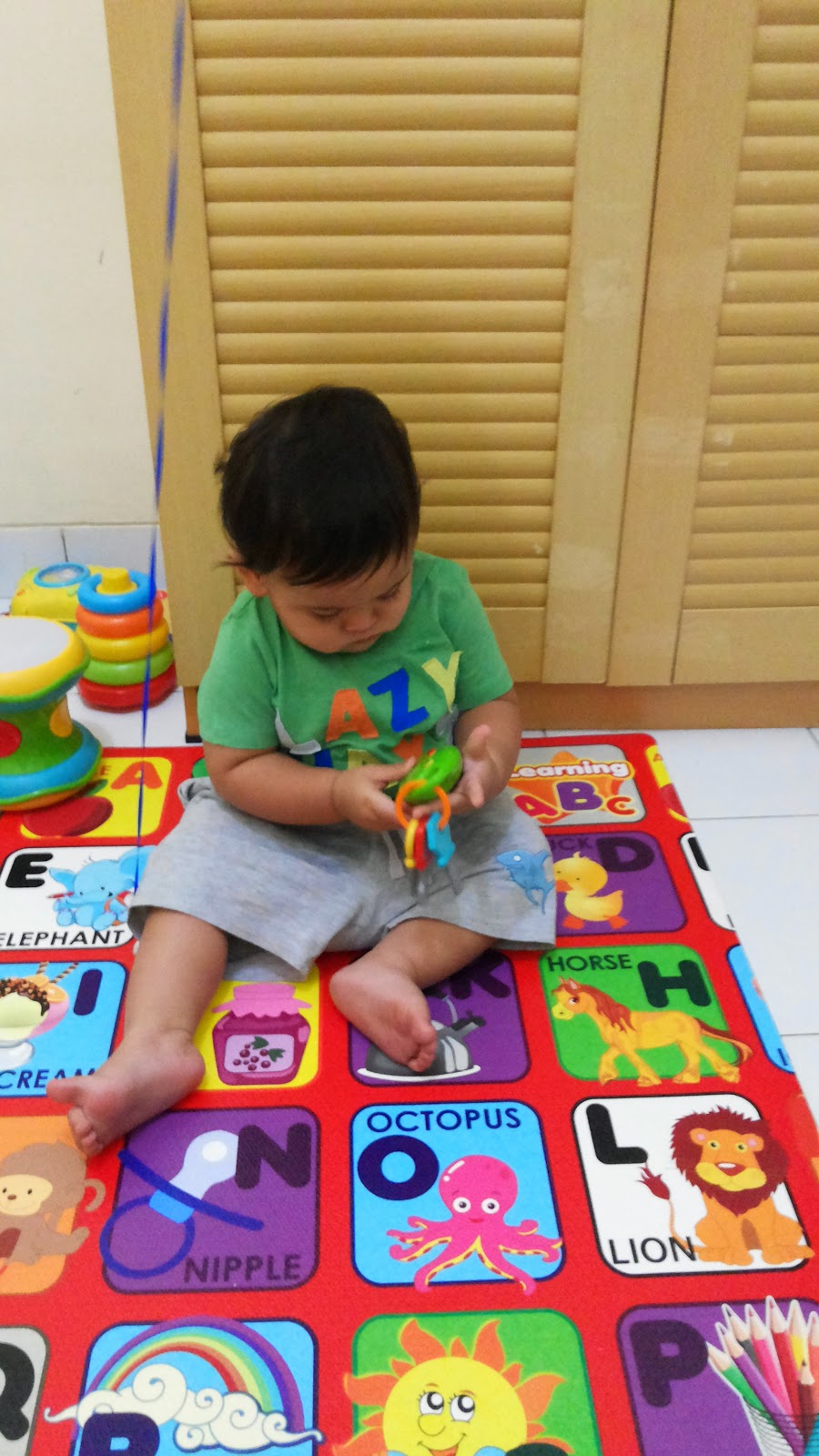 Sunday morning mainly revolves around shopping early and then breakfast before getting home to do housework and laundry before lazing around for the rest of the day.
So waiting outside Plaza Semanggi just before 10am seems a normal thing to do and then a quick shop around the Giant for shopping Coffee and food afterward is always the norm and then back home.

The weather on Sunday was cool and cloudy and turned to more rain like Saturday and it was almost England when you looked at the clouds in the sky, over cast and grey and even felt cool all afternoon.

Cleaning the house is never exciting but reading to Jeremy and watching him walk, run and explore is. Mind, chasing after him, preventing him from opening cupboards, falling over, hitting head etc is more of a challenge but one that is one of those day to day things now.

Getting him to sleep is also a challenge when he has been active all day because he is still far too excited to sleep and he will only sleep after milk and a lot yawning and then when he sleeps, he sleeps.
Thats it. Nothing else was done all weekend and most weekends when I am working in the morning. Jeremy consumes my time and my energy and so that is all I am doing at the moment.

Been thinking and came up with some lists of firsts. See what you think

Fatherhood  - How did you feel? 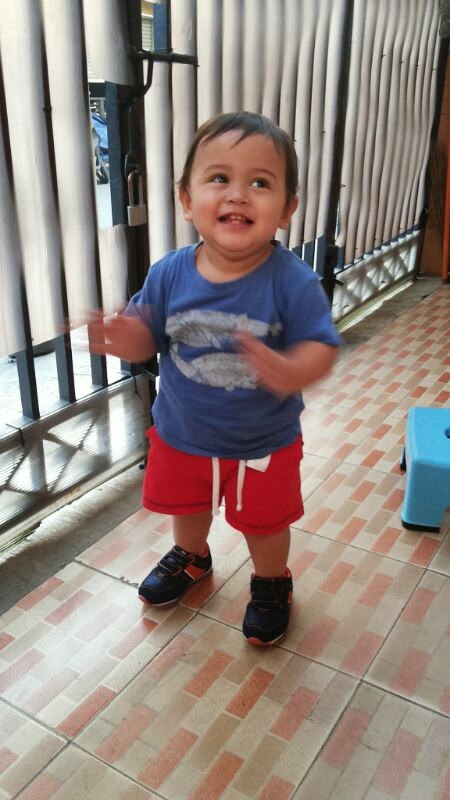 General - How do you feel about these?

The first beer after a long day.... 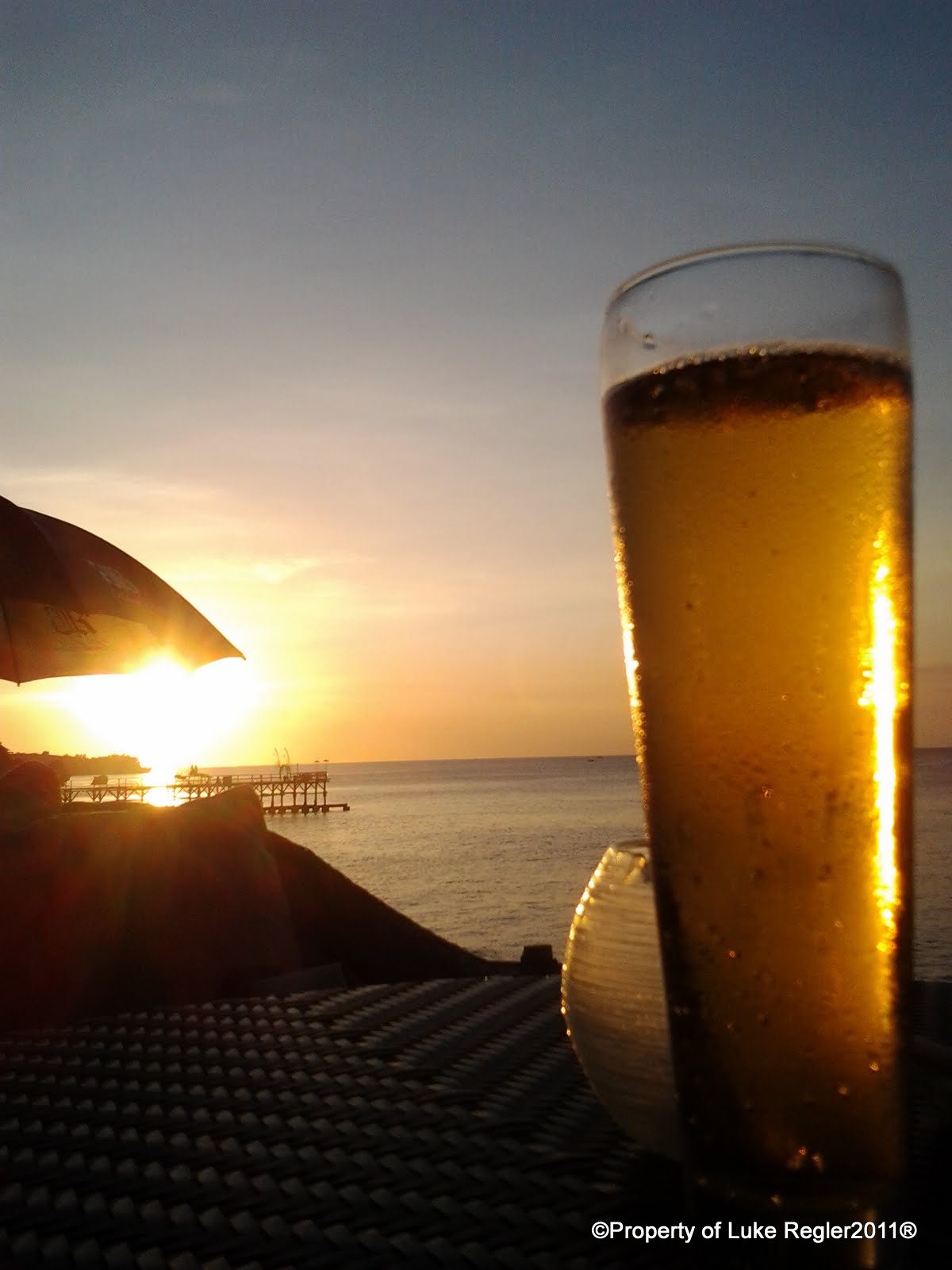 I love reading and whilst I don't read all the time, when I do I find it relaxing and stimulating and takes care of free hours and time to waste.

I enjoy all sorts of books and will happily switch the TV off and settle down and read for the evening instead. So with a 14 month old child I decided to see what he thought of books. I was given a load of books by my sister in law for Christmas and whilst some are used to entertain the kids at school I use 4 of them to read to Jeremy.

To my surprise, Jeremy has a total fascination in reading and books. Maybe it is the colours, maybe the pages and maybe the sounds and interaction I have with him but daily I read out loud to him and he sits and watches the book and pages and listens very contently.

With such modern master pieces to read as 'toddle waddle' 'goat goes to playgroup' and 'freddie and the fairy' he is entralled and is clearly learning English,which will help him as he lives in a mainly Indonesian language world. 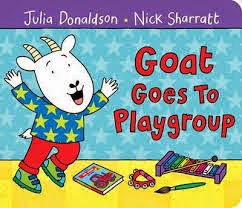 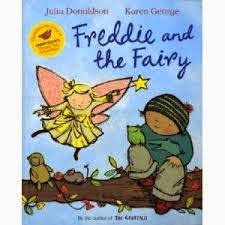 The books are all fantastically written by Julia Donaldson and despite some ripping up of pages (hastily cellotaped back together again) we are learning about language skills and development andg how to Toddle Waddle!

I will never stop reading to him because the time spent now cultivating an interest and skill in reading will ensure his academic future will be better.

Oh if you want to send me more books as they are stupid expensive here, please do..... Jeremy would be delighted...