Not the Christmas I had hoped for, but then they normally arent. This year was very low key and not really a festive one as with Yovita working and the housekeeper deciding to go home for the entire holiday time I am off, really never left too much to do anything at all. But then spending time with Jeremy is always fun if not a lot stressful and tiring. The holidays are not over until the 5th of January and we are off to an apartment overlooking the city for new year tomorrow so that is good news.

I took Christmas eve off from work, as usual and spent the day going mall to mall, buying bits and pieces for Christmas and  I met Yovita after work and we went home together which was nice. I ended up buying a range of spirits as well for the holiday which also was nice.

Christmas Day saw Jeremy overloaded with gifts from Mum and us and he has a lot more new clothes that fit and more toys and books and has sensed something was up. He was dleightfully excitied and full of life has not stopping playing with the toys or asking for the books to be read to him. The best bit about Christmas, I think is seeing others happy and enjoying the day. 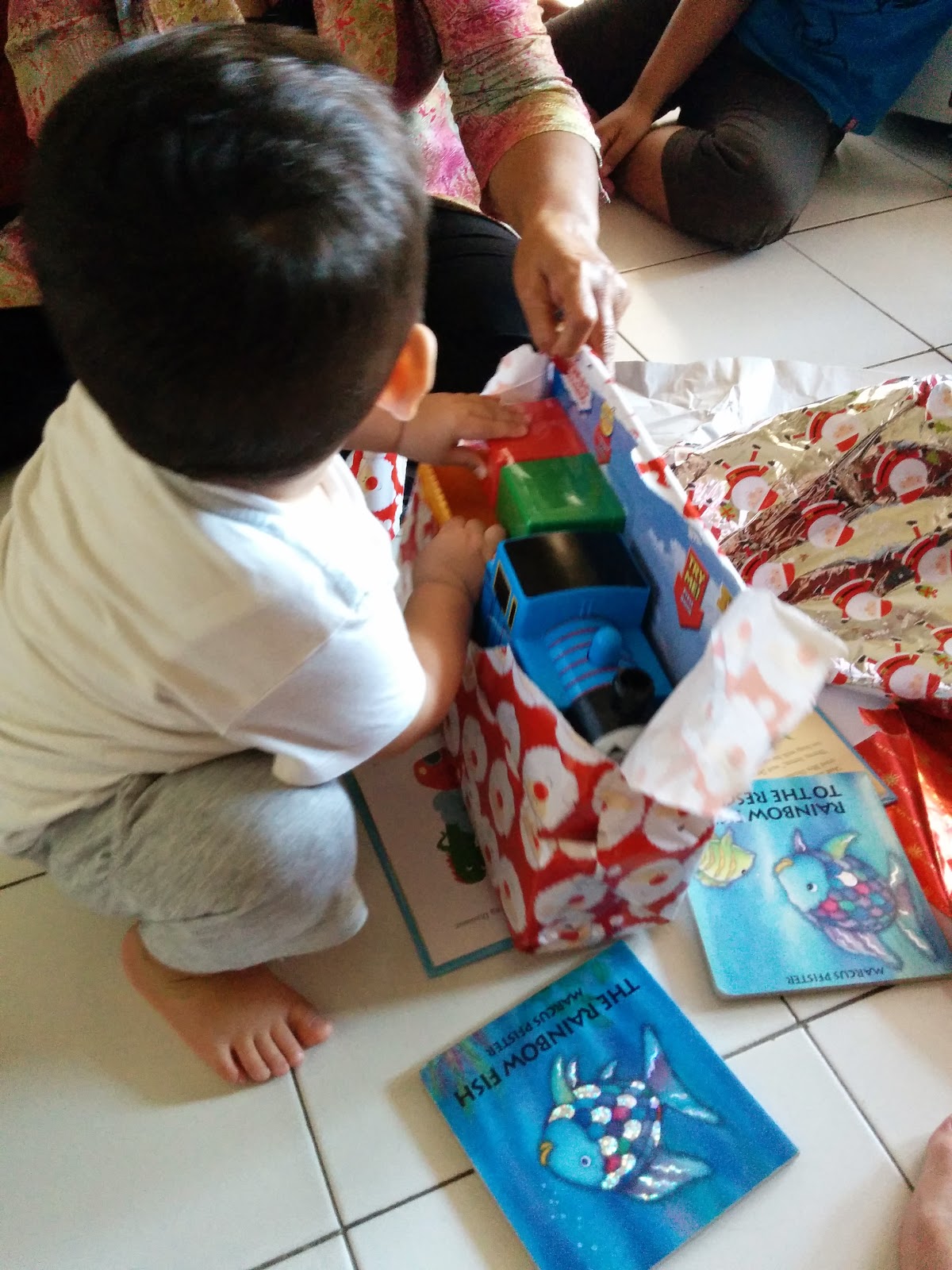 Yovita and I took off for lunch around 12 and ended up at Senayan City mall where we queued to buy tickets for the Hobbit movie and then ate large amounts of Italian food washed down by beer before watching it. The movie was so so and it did not seem odd to see a movie at a cinema on such a traditional family day (for the British) and the mall was packed by the time we left. Christmas here is really just the day, everything returns to normal the next day and like all other national holidays, everything carries on regardless what national or religious holiday it is. 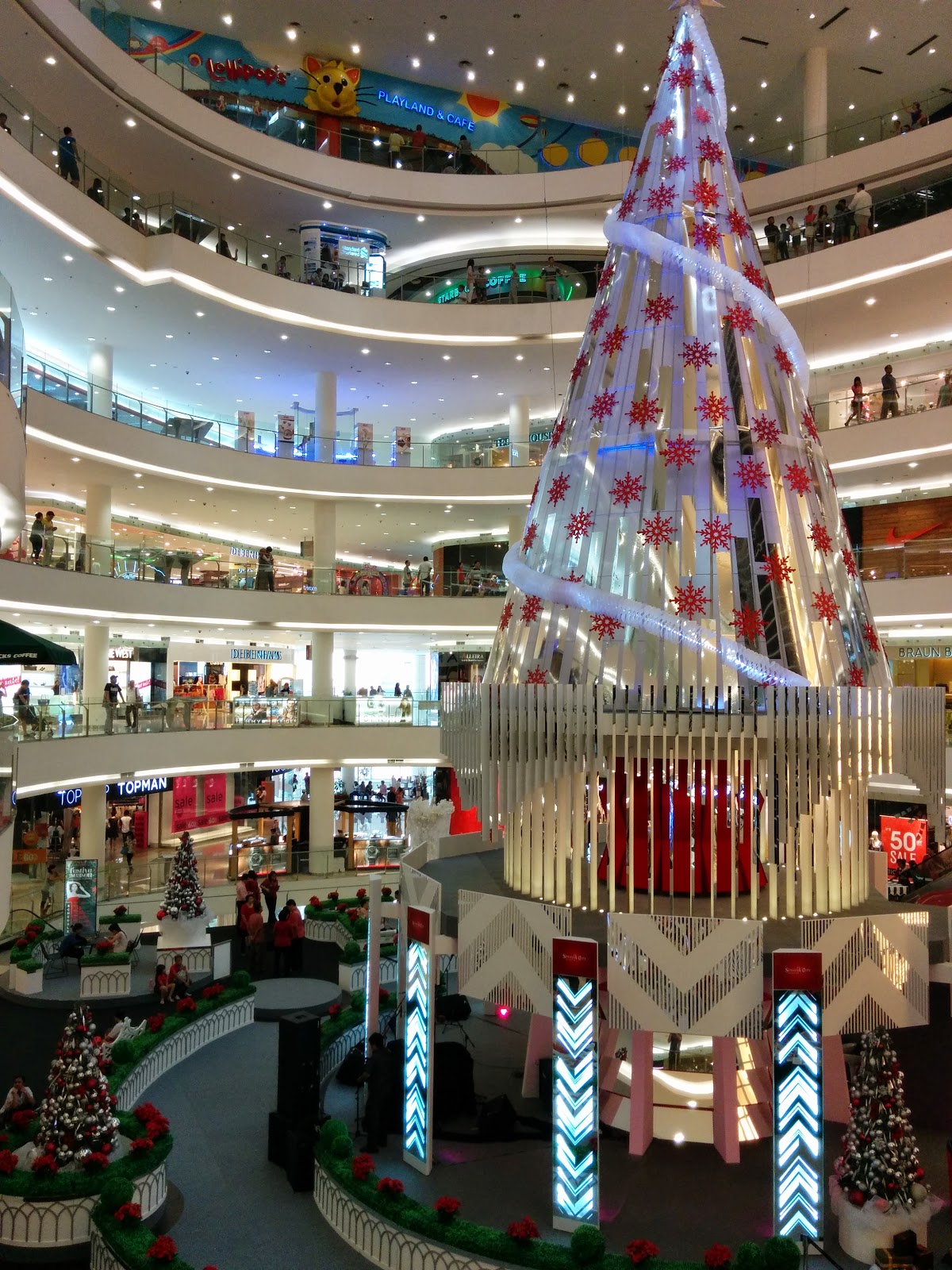 The 26th was spent shopping and eating and then resting at home as have the last couple of days. Yovita went back to work today, leaving me with Jeremy all day. I am now exhausted.

So a small and quiet Christmas but lots of love and laughter for all and a nice time was had I hope, by everyone.
Posted by Unknown No comments:

Holidays are nearly here and that has been a long time coming. I have not had really any time off since August and I am tired. Jeremy is always awake by 5.30am therefore so am I and I dont sleep early as I have trouble sleeping, so I choose to sleep later so I can sleep through the night.

December has been a fairly uneventful month so far, obviously Christmas changes that. The weather is changing and the rain is starting to come almost daily which makes everything slower and the humidity after is surprisingly intense after. The lightning storms are back which is great but that does bring the rain with it however they are nice to watch.

The plumbing in the house is determined to get worse. The kitchen piped decided to clog up with dirt and stuff so we fixed that, but that then caused my shower to to do the same and that can't be fixed as the pipework is behind a tiled wall and we need permission from the landlady to smash the tiles etc and fix it, so we have to wait until we pay the rent for that to happen. The upstairs bathroom now has a leaking pipe and the floor in the housekeepers bathroom seems to be sinking so the water does not drain away. Add these annoyances to the fact the amout of water in the ceiling is increasing, I try not too look  up any more. I will endeavour to paint the ceilings early next year to make me feel better if nothing else.  Oh and now the AC needs cleaning again, right before Christmas. Joy.

Jeremy has begun to scream now and takes delight in running and spinning round and round. I think he is bigger, he feels heavier. He has most of his teeth I think, and we have introduced him to toothpaste and brushes but he prefers to comb his hair with his brush or brush the wall with it rather than clean his teeth. We instruct him often but this one will take a lot of time. 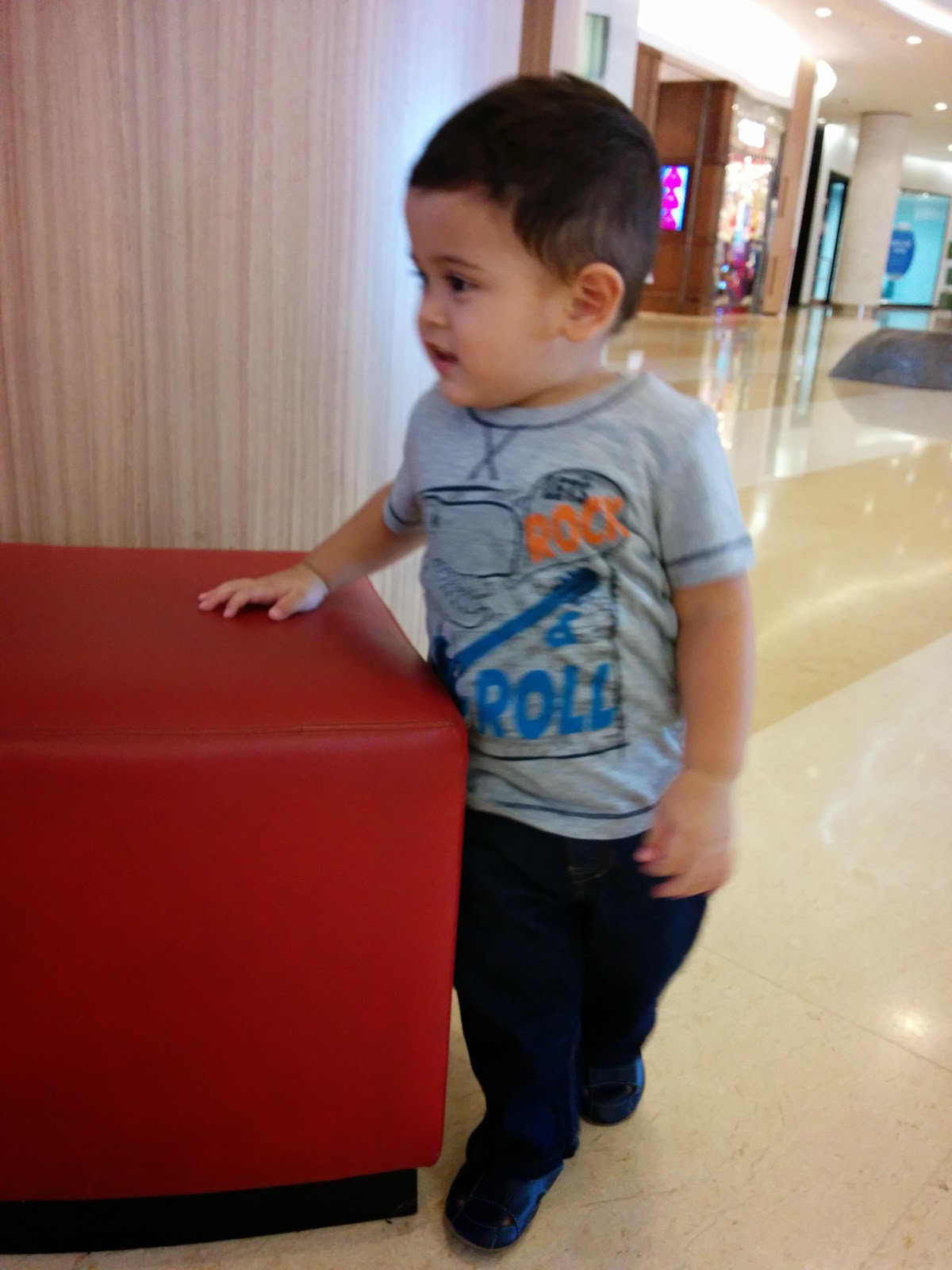 And that must leave Christmas. Its almost here. The house is not decorated this year, as Jeremy will certainly destroy the tree. We have some lights up but cant switch them on as again, he pulls them when left to himself so next year when he has some understanding of right and wrong. Good news is the presents have been wrapped, cards sent and countdown is on. 2 days at work for me then I am done until January 5th and 4 days to Christmas day.

The bad news is that Marks and Spencers in Central Park where I normally buy lots of Christmas food, had none, in fact it looked like they were in the midst of closing the food section down completely, which is a shame. 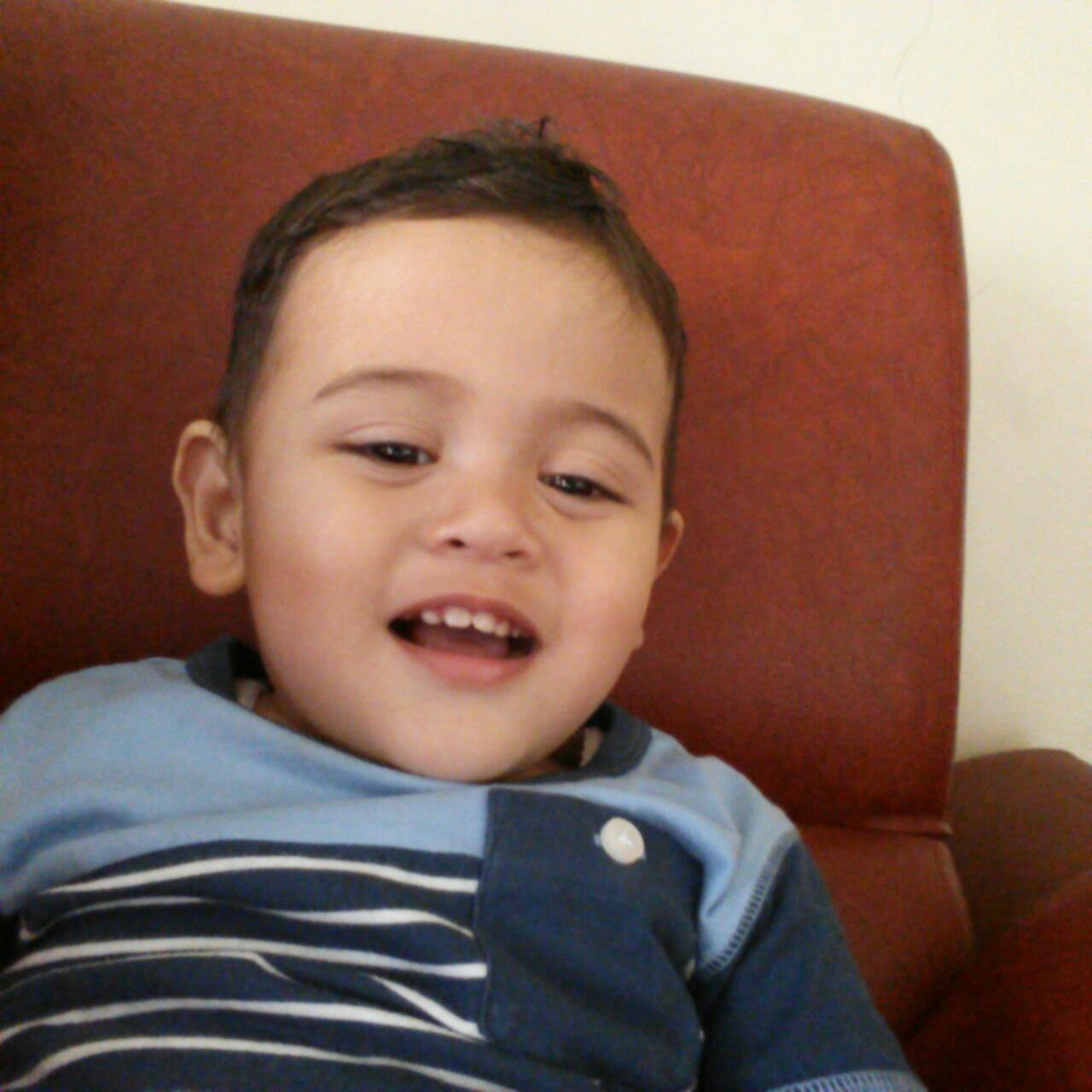 Think Asian Markets, think Floating Asian markets and instantly you create a world of long narrow boats full of fruit all tied  together with men or women in big rice field hats smiling and trying to sell you anything and everything. That exists in real life but in Thailand. This is Indonesia, its just not the same.

Still moving on. Last Sunday EF Puri went to Sentul, a place between Bogor and Jakarta and to its floating market.or Ah Poong Floating Market or Sentul Eco Park but for me it was the Floating Market at Sentul.

Taking the toll from Cilandak and heading south it took us not ime at all to get there and for a change that was good.

The place basically is a restaurant surrounded by water, a river and a small garden with some statues. It is a big 'eat and eat' whereby youy purchase a credit card type card and add money to it and then choose from the vast range of Indonesian foods and drinks and other food goodies; basically like the one in Gandaria City but with natural lighting. 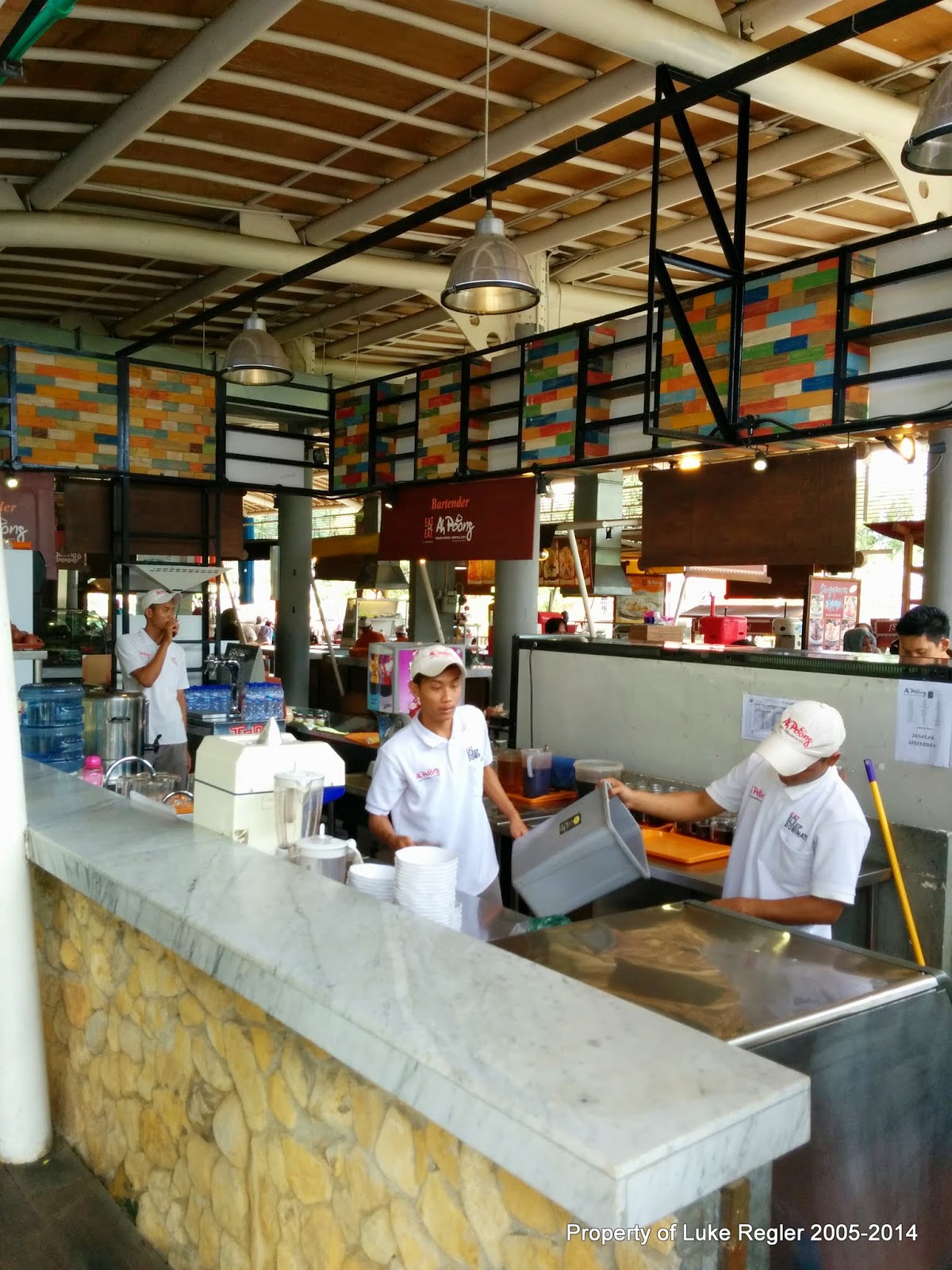 I chose Sop Buntut or Oxtail soup. Which is bits of Ox tail in a clear soup. It is always good and this one was very good. After that some Mango frozen Ice and some other snacks. The eating seemed to go on for a long time and then it was time to explore.


We took a boat trip (5,000 rupiah each) to the weir and back and that was a good 15 minutes spent and then from there a walk through the gardens to see some bizarre unnaturally linked together Statues.


For a Sunday lunch activity it was fun and easy to get to and it was nice to see the mountains around Bogor and have the lungs filled with cleaner air. And it is that air which has probably made me sick since!!

I have owned a Samsung for a while now; my tab which is at least 4 years old, a Samsung Grand and a Samsung  Mega 5.8. They are all amazing devices and can do amazing things, however I have been getting frustrated recently with my Mega and so I have been looking to change it for something else. Android something else.

I ended up with the Lenovo Vibe Z, Samsung Note 8 and the Nexus 5. I have used Lenovo before and so know what they can do and Smasung is always easy to use. Nexus 5 is an unknown quantity for me but has very good reviews and interestingly enough is in the same price range as the other 2.

On Saturday after much searching, I ended up in Pejaten Village at 7pm at night (I had been doing other things as well) and after being told the Vibe Z is no longer sold and the note 8 was not 3g, I found myself in a phone store which had Nexus on offer for just over 4 million.
Typically, the store took only BCA or Mandiri debit cards and I did not want to pay with Credit Card so I had to go to an ATM and come back with far too many 50,000 rupiah notes and stood and watched amused as the cashier counted them. 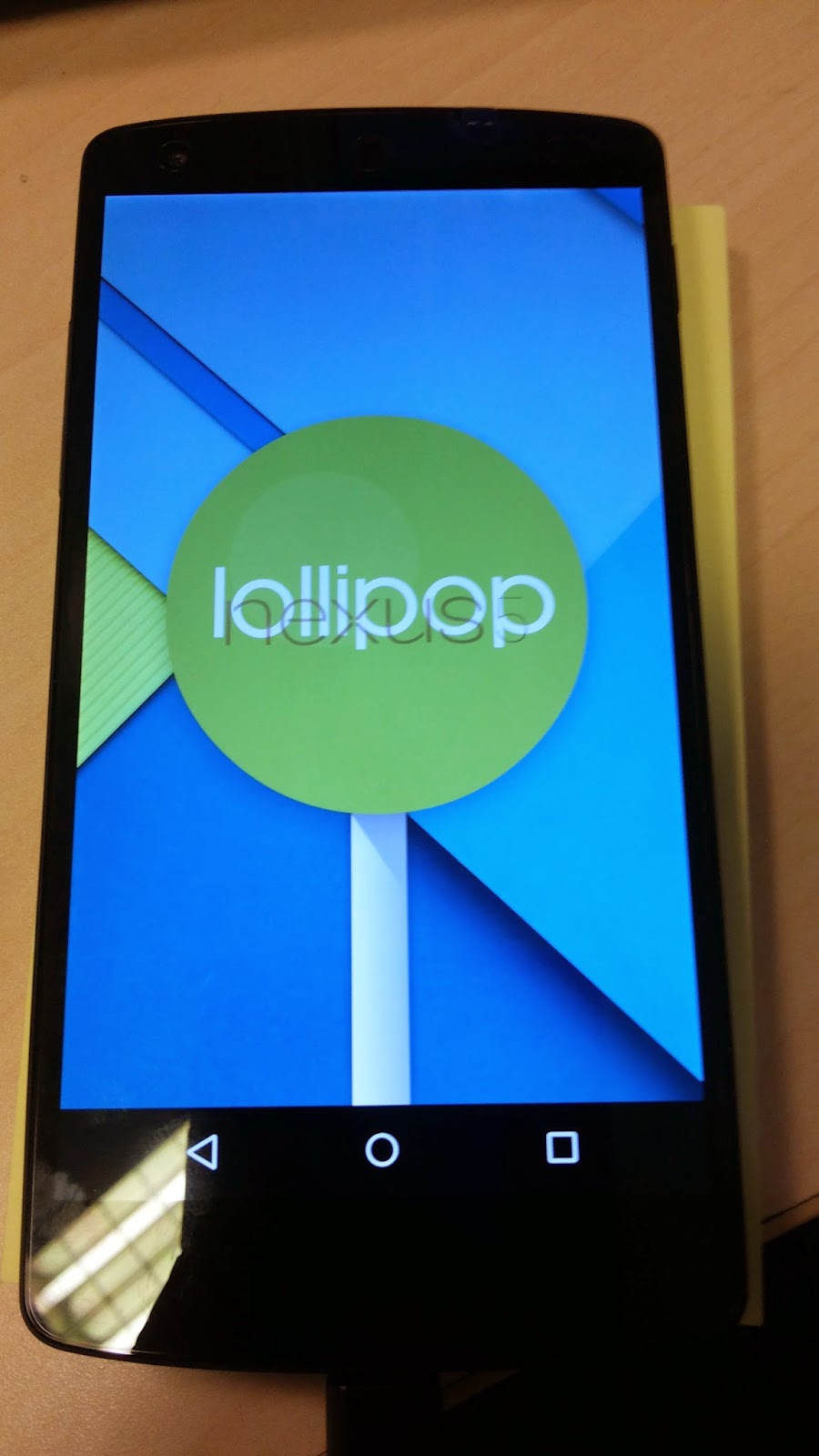 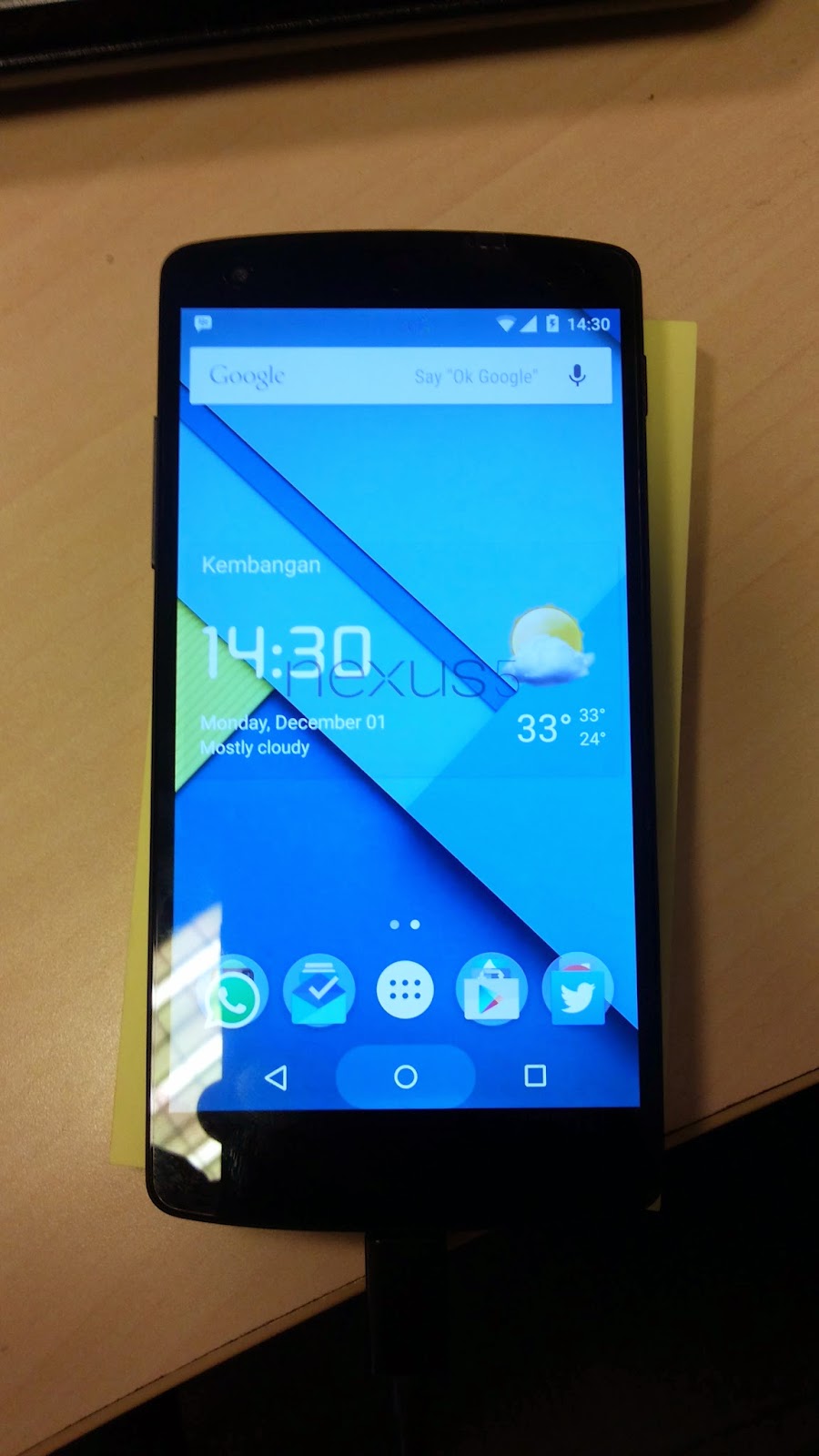 Then once the Mini Sim I had been using was fitted I was and still am the proud owner of a Nexus 5 black phone. The mini Sim failed so I had buy a new Sim Card and number and that is now causing me a headache but I will sort that out later. 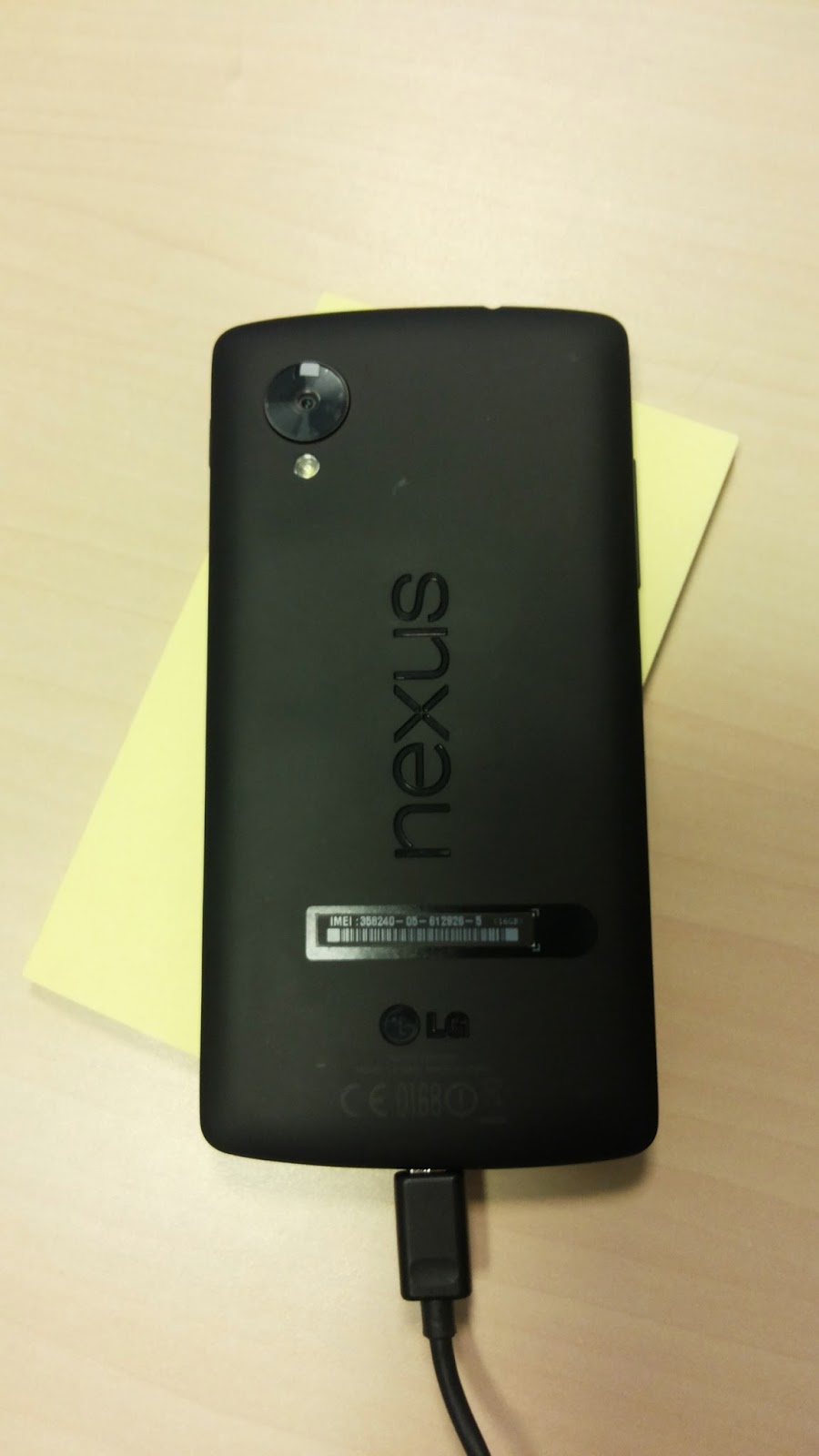 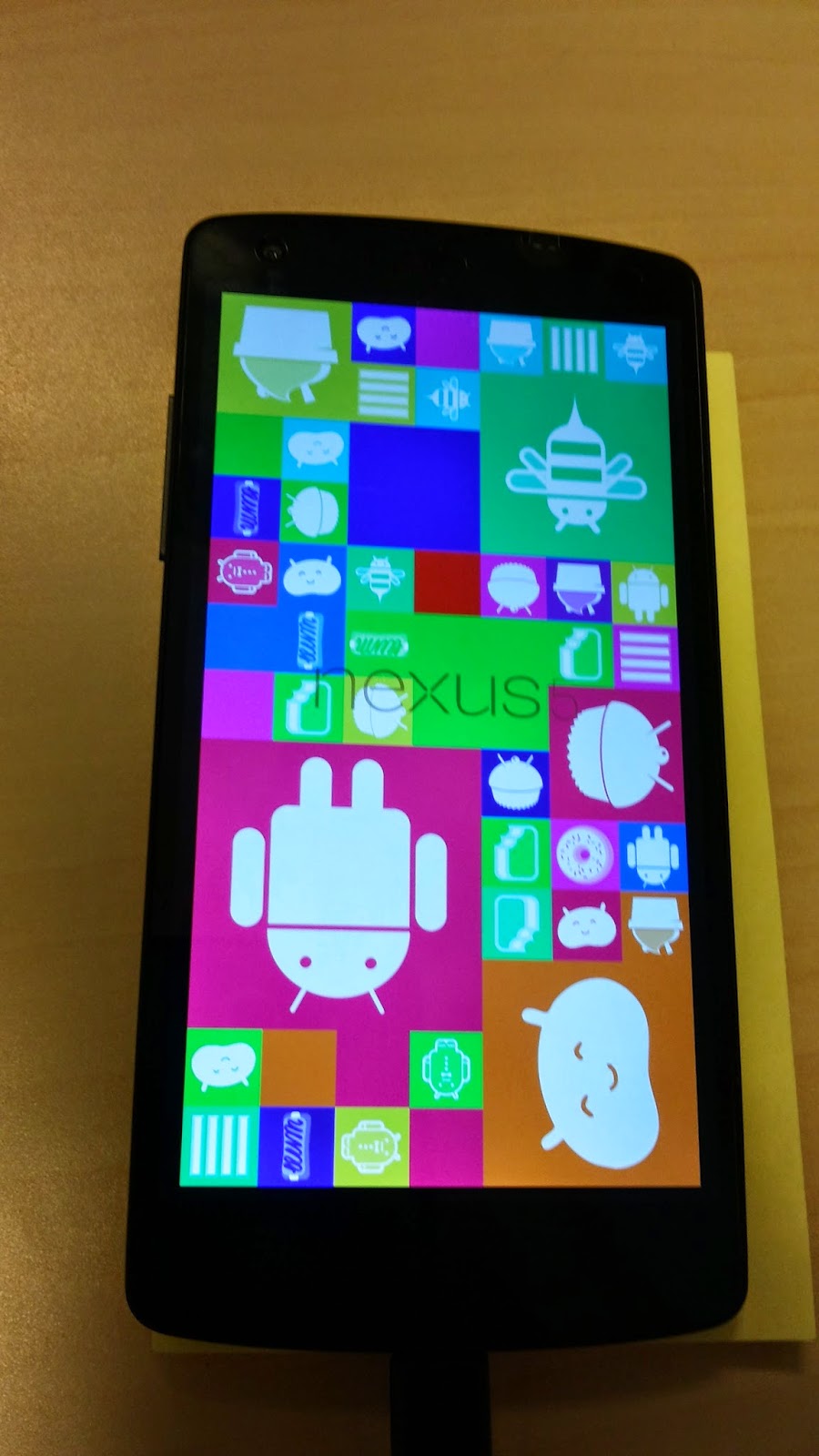 Yesterday I updated the phone from Kit Kat to Lollipop and its awesome. Battery runs a little fluid but its great.

Some specs if you need them.

As of day 2 it was a good move to switch over to Nexus and I am not missing Samsung at all. I hope it is all that I think it is in 3 months.
Posted by Unknown No comments: