With January over, I can honestly say that it feels like time has moved quickly for a change and its been quite an eventful month.

There has been a lot happening in Jakarta what with one thing or another, some good some not.

I took the family on a train ride through the city which was fun to be repeated soon as Jeremy liked it and it was simple enough. We only a short distance by train but went quite far if we had to go in a car.


Then there was the terrorist attack in the city which took lives and seemed to get everyone all upset as well as patriotic. The bombs did kill people but not as many as I suppose the clowns with the bombs wanted to kill.


Terrorism will never win. Local Jakartans came out in force the same night and held peaceful events around the bombed areas.


And of course, this man hit the news for selling food while it was all going on, very close to everything. This made huge news here as a sign that people ignore terror.


Funny how different cultures react. People here were more upbeat or 'care less' over the bombs than other parts of the world. I suspect that this may change if things like this happen again but Jakartans are a tough bunch of people.

2 days after the bombs, I attending a wedding of a good friend here just up the road from it all and you would not have known anything had happened if it wasnt for the boarded up Starbucks and police box. The wedding was nice Catholic affair, followed by lunch with friends at a restaurant nearby and then beer and photos in the evening, which was great.

Oh the Bridge and groom were lovely too!!!


For a full review of the wedding - try this link from the Melton times in England!


As the month draws to a close, I went to a car free Sunday in Jakarta and despite the rain it was a pleasant Sunday morning. Yovita went off running and I walked through the city enjoying the views and we will probably go back this weekend.

And that was January in Jakarta. Hopefully February won't be as dramatic but equally as fun.

Reading the news as I do on a all too frequent basis, the subject of air pollution rears its ugly head again and again and the health risks they pose. It is generally accepted than less economic wealthy cities and countries have worse air quality than those better off, however, even with the rules and systems in place air quality around the world is not what you expect it to be, unless you are in China then it is. And it is always bad there.

So recently I was discussing air quality and how Indonesia doesn't have readings or information regarding its air quality especially in Jakarta where as the rest of the world seems to. I was then told to go here  http://aqicn.org/ as it provides the latest information of air quality for Jakarta and around the world. The good old US of A has measuring stations at their consulate offices and so are reporting information live.

So lets make some comparisons for today. I am sure that Jakarta is worse overall but it might challenge some staple beliefs but again the information is only a snap shot.


There are not exactly a lot of monitoring stations in Jakarta and there is not a lot of information being gathered but Moderate is nice. The weather today is overcast and rainy and perhaps I should look at the differences again in the dry season. And whilst there are time difference which would effect air quality and stuff, the traffic here is now beginning to go into rush hour as London will start to reduce its morning rush.


It seems in the dead of winter the city of London is not a good place to be for fresh air. 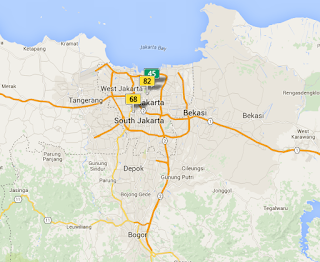 Jakarta today, bearing in mind that once you leave Tangerang, West Bekasi or Depok there not much there in the way of anything and Bogor is in the foothills surrounded by volcanoes, hence the lack of any other monitoring stations

With a predicted 70% of the worlds population living in cities by 2050, one needs to assume the air quality issues will be fixed around the globe. My dream of retiring into the countryside really does seem like a good idea even a breath of fresh air, so to speak.

A long time ago in England I purchased my first ever G-Shock somewhere around 2005 or earlier, I cant really be sure. It was my first. My second was stolen when my house was broken into in 2012. Both have sentimental value and I was gutted to have lost one watch but happy not to have lost the first one as that dates way back.
However, it finally stopped working and the strap fell apart and became unusable. Several watch shops refused to do anything with it as changing a battery on a G-Shock involves taking off the back and replacing the seals if they are worn or damaged which are expensive so I left it and left it.
Just before new year being bored, I decided to go and get it repaired and checked and hopefully it can be used again so I did just that.


In Jakarta there is one Casio service center, naturally far from my house and so a grab cab trip later I was near Pasar Baru and the center of the city and at the service center.

I don't know much about service centers but this is the second one I have been to alone. The first being LG to save my Nexus, however I was pleasantly surprised once again as the service time and immediate repairs just happened.

The service was quick and the watch repair man came out and showed me that everything worked and put the new strap on there and then and the watch is now as good as new. 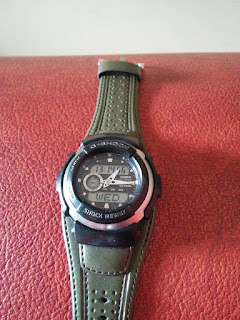 Yovita has the watch now and she seems to like it but I have a feeling we will have to change strap again to a fabric one as the leather one makes the skin sweat underneath it but the watch is working and I am happy.
Posted by Unknown No comments:

Here are some of the findings.

What Foreigners find 'odd' about Indonesians.
What makes these lists more interesting is the fact that I asked over 400 different students and the results came back pretty much the same. So there must be some truth in this.

I posted this back in 2010 but as things move on so there is a need to update things. Here is a list of all the phones I have pretty much owned since the conception of Mobile phones.

A list of the phones I have ever owned from Nokia and a random hairdressers phone that slipped in! 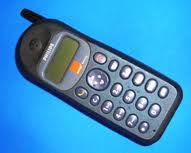 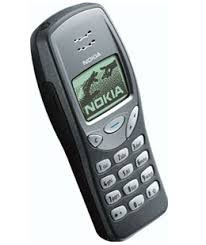 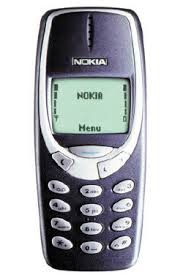 I loved this phone 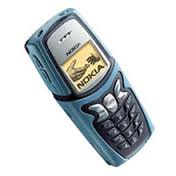 This one was great 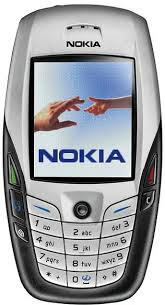 I wish I never sold this it was simply the best 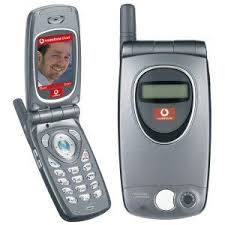 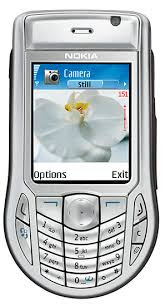 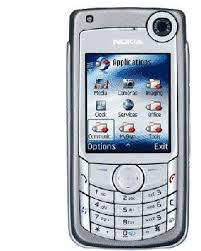 fantastic, a prerunner to the N series

Should have been better, wasn't. Sold it in Jakarta 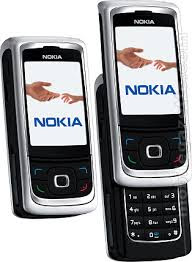 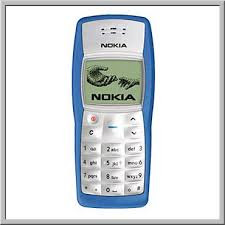 My Thai phone, lost in Jakarta. Happy memories with this one 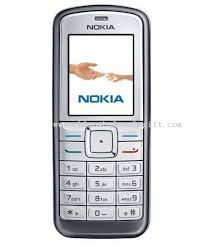 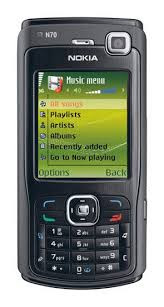 Managed to destroy this through overuse 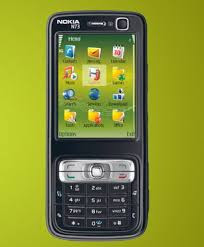 Loved it but sold it for the one below 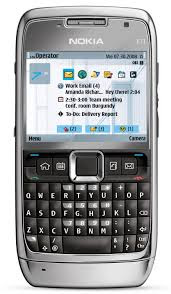 It looks good, does good things but did not like swimming pools. 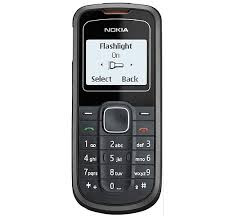 One of the best (mainly cos it has a torch, the E71 does not) cheap cheerful and just keeps going and going, no matter how many times it gets dropped, gave it to my mum when she came in 2012. 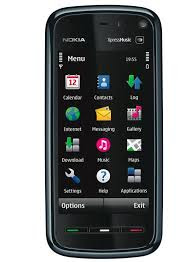 The best one yet. This rocked 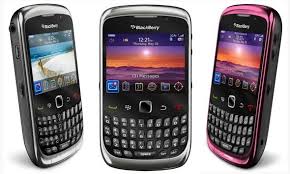 At the time this was the only way to talk to anyone in Indonesia. My collection of Blackberry phones through this time were:

Blackberry Torch, which was a nice phone but the camera kept freezing so it had to go. 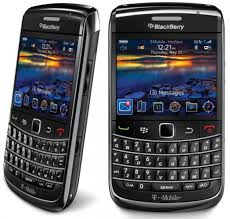 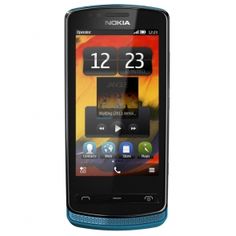 Then I went back to Nokia and for my last one ever I had a Nokia 701, which was good and fun but it didn't last long as everyone started using Android and Nokia didn't have the range of apps so I had to move on again. 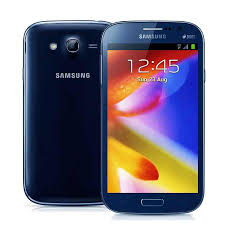 My first Samsung was a Galaxy Grande and it was pretty good but too small so I eventually got a Galaxy Mega which was more like it and I kept with that phone right up to 2014. 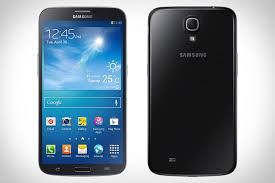 I also have a small Lenovo phone (somewhere) and when I had it and find it again it was very useful and simple to use. 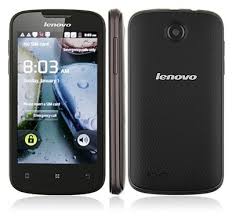 I also invested in my first Tablet. A Samsung 10.1 which ran on Ice Cream Sandwich but was great for reading and work and I should have not sold it. 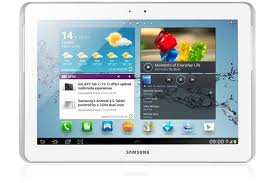 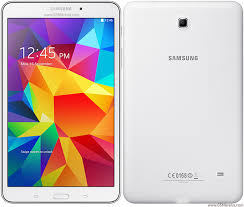 After the Galaxy Mega in 2014 I upgraded to my existing phone and one I really wont want to move off from. An LG Nexus 5.  Simply great. 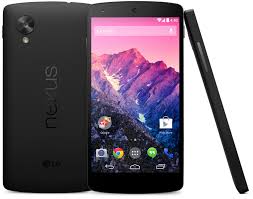 There you go 19 years of Mobile phones!!!

What do I wish for now?

Well, I think a Nexus 6p and a larger more useful tab, so not much!!!