The idea taking Jeremy to the zoo and see animals has for a very long time appealed to me. Mainly because when he looks at his books or sees fish in the local ponds he gets very excited. So we planned to take a Friday off work, hire a car and driver and go to Taman Safari for the day. But as it turned out it became too expensive, what with the number of adults going and the cost of the fuel and car for the day so we opted for Ancol and Sea World. Sea World has been closed down due to a land ownership issue so that was that out of the question.
After a little bit of searching for things to see at Ancol for a very young child we eventually came across te Samudra Oceam Dream place which boasted bird gardens and Animal shows and also a dolphin show. We took that option.

Ancol is a vast area of north Jakarta and is on the coast. It is very easy to get too, however because it is privately owne you have to pay to get in. 4 Adults and a car cost 120,000 which was fair enough as there is enough free stuff to do there, although you still need to pay for the parks and rides and events.
We arrived around 8am and is was very quiet, getting hot and the only people there were the joggers and I guess the locals getting their daily fish from the fishermen waiting. It was nice. 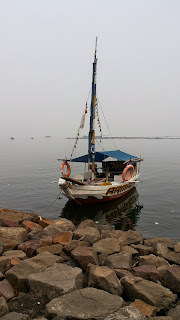 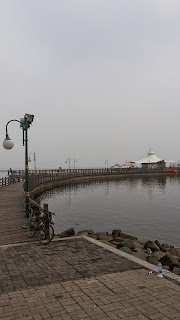 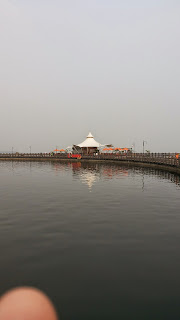 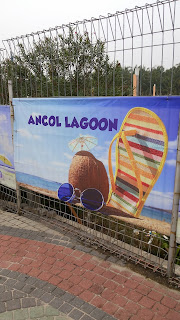 We wandered about there for an hour and stopped at a beach and took a walk along a walkway over the sea and so by 9am, we were ready to go to Ocean Dream.

The tickets cost 100k and I think Jeremy was free and apart from the several hundred school kids and mums and 3 nuns we were one of around 4 families there. The benefits of going on a school day I suppose. The park itself looks a little shabby and under maintained yet the grounds were clean and free of litter and the facilities were all good. The restaurants were not open so you could not buy any food but you could buy ice cream or water etc. It is not a big place and you could easily wander around it all in under 20 minutes. 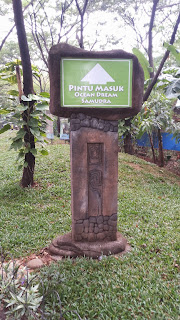 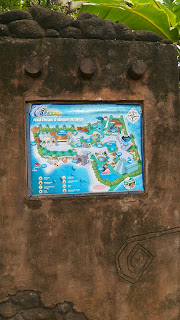 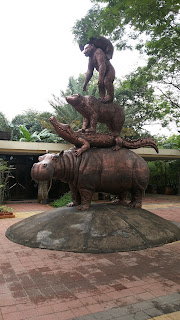 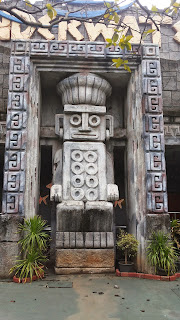 The first thing to see was an animal show. This comprised of 2 otters playing basketball and pushing things about. 3 parrots dancing and doing something else not too interesting and a Sun Bear driving a go cart and a few other things. The school kids liked it. I was hot. Jeremy was interested but hot and tired and I dont think he really understood any more than I did and it was very noise, oh and hot. This show lasted about 20 minutes which was good for the animals and enough for me. 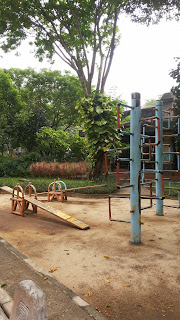 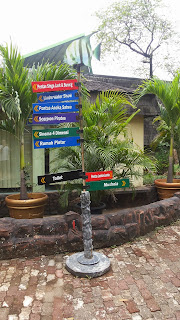 After that, we skipped the Sea lion show and found a place to rest in the mother and bay room which had AC and chairs. The dolphin show was on around 11.15 so we went to the place to sit and watch. Outside in a big covered tank, like a bandstand but full of water were 2 dolphins swimming round and round and round but they seemed happy enough. The dolphin show was in a big open tank of water with seating in stands. The whole thing had half a roof to keep the sun out but it kept the heat in.

The dolphin show was entertaining I think. Jeremy seemed to enjoy it when he was watching. The dolphins swam about and jumped through hoops and played with balls and did some counting etc and it was pretty good. It lasted no more than 30 minutes and by then we were all hot, hungry and feeling the need to leave, and we did. 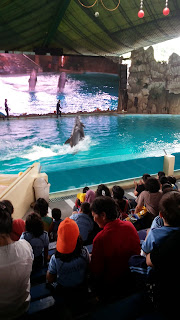 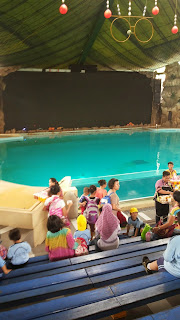 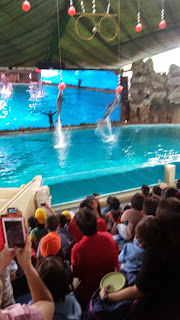 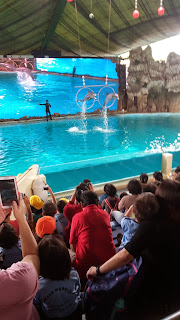 Leaving Ancol behind we took the short trip to the Marina and Sunda Kelapa for food and drinks and enjoyed the view of the sea and boats that had moored there. By 3.30pm we were back home. Jeremy had fallen asleep and the rest of us were just tired. But it had been a good day.

The cost of the car+fuel+driver+lunch+tip was no more than 600k and Ancol was just over 400k so for less than 1.4 million it was a day well spent and Jeremy did enjoy it, see something new and have fun somewhere new.

But I wish they would open Sea World again. It was good as far as I remember it.